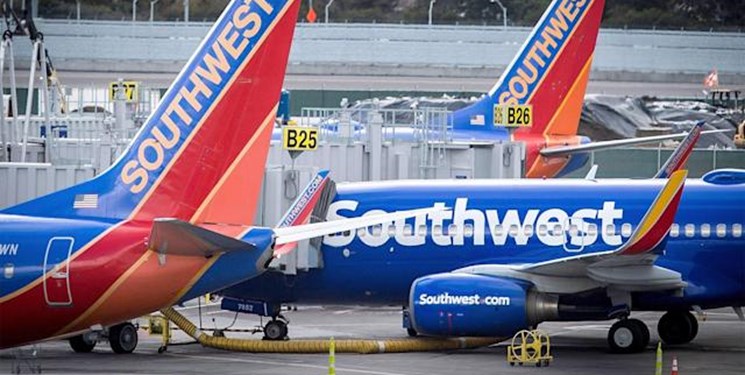 Southwest was forced to cancel more than 1,000 flights on Sunday, around 30 percent of its US schedule, according to the FlightAware website.

And it blamed “disruptive weather” and air traffic control issues for its problems.

But the Federal Aviation Administration said that airlines were experiencing problems because of their own difficulties with staffing and aircraft.

And another 800 flights were cancelled on Saturday, according to The Washington Post.

The airline said in a Sunday statement that its problems began on Friday because of weather issues at its Florida airports that “were compounded by unexpected air traffic control issues in the same region, triggering delays and prompting significant cancellations for us beginning Friday evening.”

Southwest’s issues with weather and traffic control did not appear to be shared by other airlines.

American Airlines reportedly had around 63 cancellations as of early Sunday afternoon and United Airlines only had nine.

The FAA responded by saying that there were some air traffic staffing issues but that the main issue belonged to the airlines.

“Flight delays and cancellations occurred for a few hours Friday afternoon due to widespread severe weather, military training, and limited staffing in one area of the Jacksonville Air Route Traffic Control Center,” the FAA said in a Sunday statement.

“Some airlines continue to experience scheduling challenges due to aircraft and crews being out of place,” it added.

Southwest said it was attempting to reposition aircraft and crews so that service could get back to normal.

The Southwest Airlines Pilots Association said in its own statement that pilots that although it was aware of “operational difficulties affecting Southwest Airlines” it could “say with confidence that our Pilots are not participating in any official or unofficial job actions.”

And the union added, “Our Pilots will continue to overcome (Southwest) management’s poor planning, as well as any external operational challenges, and remain the most productive Pilots in the world.”

The Southwest Airlines Pilots Association, which on Tuesday said it was filing a temporary restraining order against the Dallas airline related to its August lawsuit over COVID-19 mandates.

Southwest says all of its employees must be vaccinated against COVID-19 by 8 December or face losing their job.