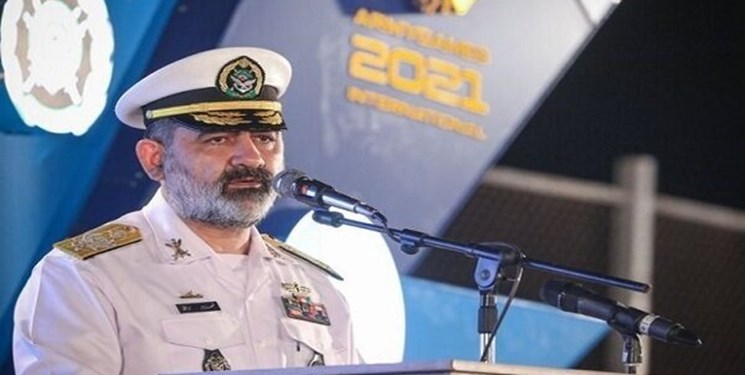 TEHRAN (FNA)- Iranian Navy Commander Rear Admiral Shahram Irani underlined that his forces will strongly stand up against enemies and give a rigid response to any threat and wrong move against the country's territorial waters.

"Thanks to the extreme power of Iran’s navy in the international arena, the enemy does not dare attack Iran’s maritime borders,"  Admiral Shahram Irani said on Monday, addressing staff and personnel of Bushehr Maritime Base on Monday.