Hezbollah: Daesh’s Job Is to Lead Afghanistan into Civil War 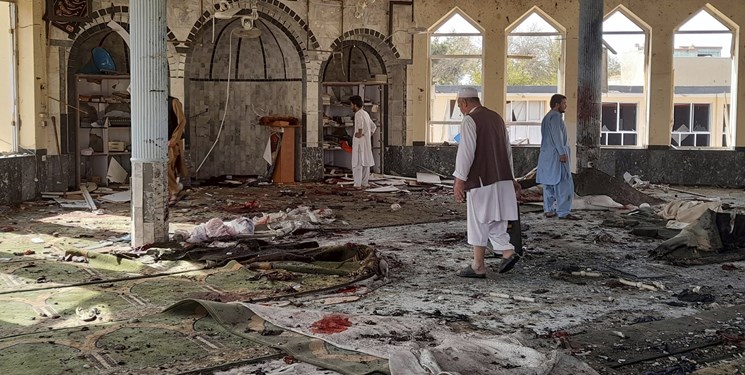 TEHRAN (FNA)- The secretary general of Lebanon’s Hezbollah resistance movement condemned the Daesh (ISIL or ISIS)-claimed deadly terrorist attack against a Shia mosque in the Northeastern Afghan city of Kunduz, saying the Takfiri terrorist outfit aims to stoke tensions and plunge Afghanistan into a civil war.

Seyed Hassan Nasrallah made the remarks in a televised speech on Monday, days after a deadly bomb attack on Afghan worshipers offering Friday prayers at the mosque in the Khanabad Bandar area in Kunduz killed scores of people, presstv reported.

The Hezbollah leader denounced the bombing attack on the Shia mosque in Kunduz, stressing that "the Wahhabi terrorist organization” committed the cringe while the United States "bears responsibility" for the act of terror.

“The US administration and the CIA, and all those, who are involved in supporting Daesh, are responsible for the blood that has been spilled,” Nasrallah added.

Figures and information that emerged before the US’s exit from Afghanistan point to Washington’s role in transferring Daesh’s terrorists from Iraq and the Eastern bank of the Euphrates River to Afghanistan, the Hezbollah leader noted.

Nasrallah said, "Daesh’s job today is to create a state of internal tension that leads to civil war in Afghanistan", stating that "the responsibility of the current authorities in Afghanistan is to protect citizens regardless of their religion or sect".

More than 150 people were killed in the ghastly attack at Gozar-e-Sayed Abad Mosque in the Khanabad area of Kunduz, with a predominantly Hazara population.

Separately, the Hezbollah chief turned to the issue of the many fuel shipments that Iran has delivered to Lebanon amid the latter’s economic crisis and despite the American sanctions facing both the countries.

“What more can the Islamic Republic do for Lebanon today?” Nasrallah asked.

He also welcomed the prospect of the Lebanese government’s directly buying the fuel from the Islamic Republic, saying the movement would then hand over the responsibility of the purchase entirely to the government if the latter chose to act on its own initiative.