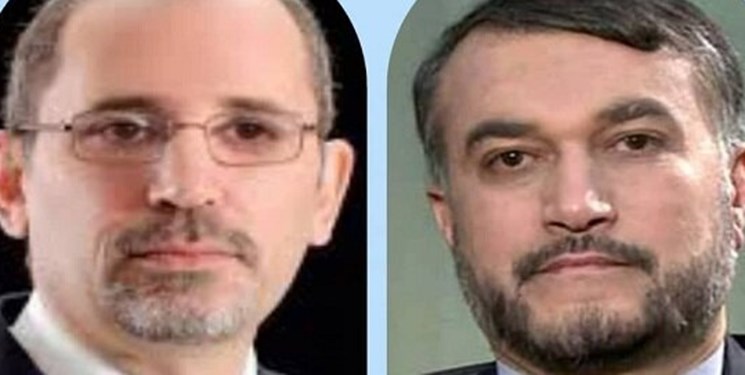 During the phone talk on Monday, the Iranian and Jordanian foreign ministers explored avenues for bolstering and reinvigorating mutual cooperation in different fields.

"Tehran and Amman should benefit from the existing economic and trade opportunities in the region to improve bilateral relations," he added.

The Jordanian foreign minister, for his part, said his country attached importance to and respected its relations with Iran, stressing the need for reaching an understanding within the framework of collective interests given the conflicts in the region.

He also described terrorism and extremism as common challenges for regional countries.

In a relevant development in early July, King of Jordan Abdullah II bin Al-Hussein in a message to Iranian President Seyed Ebrahim Rayeesi on behalf of his people and government wished him success in his new capacity.

He also emphasized his determination and interest in jointly work with the Islamic Republic of Iran to strengthen relations and enhance cooperation between the two brotherly countries with the objective of materializing common interests.