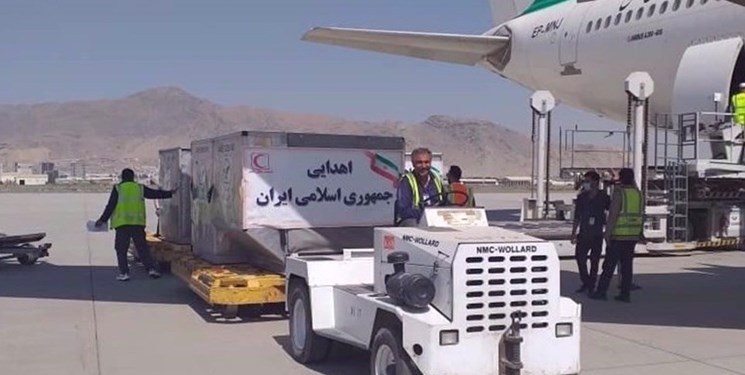 TEHRAN (FNA)- Iran dispatched a planeload of humanitarian aid to those wounded in the Friday terrorist attack on Kunduz mosque in Northeastern Afghanistan.

"A plane carrying humanitarian aid, including medicine and medical equipment, is has been sent to Afghanistan," Iranian Embassy in Kabul announced.

More than 150 people were killed in a ghastly attack at Gozar-e-Sayed Abad Mosque in the Khanabad area of Kunduz, with a predominantly Hazara population, on Friday.

An ISIL terrorist, who had disguised as a worshipper, detonated his explosives during Friday prayers. The victims were all Hazara Shias, the third-largest ethnic group in Afghanistan.

In a relevant development on Saturday, Supreme Leader of the Islamic Revolution Ayatollah Seyed Ali Khamenei called on Afghanistan’s authorities to punish the perpetrators of the terrorist act.

Lastg week, Iran delivered a fifth shipment of humanitarian aid for the Afghan people to the interim Taliban government in Afghanistan.

The humanitarian aid, which weighted 50 tons and included sugar, rice, oil, and hygiene supplies, was handed over to the Afghan Red Crescent on behalf of the Red Crescent delegation of the Islamic Republic.