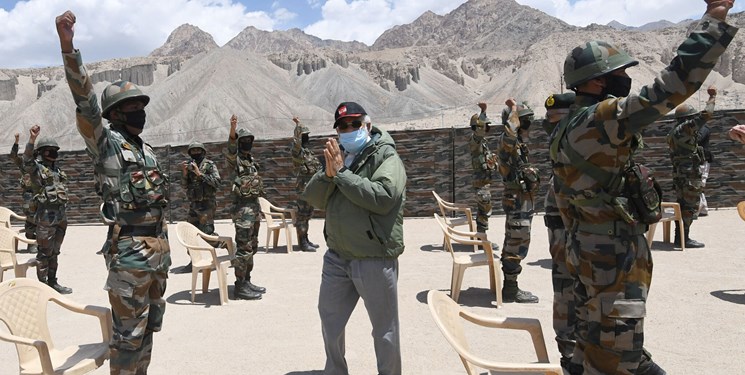 TEHRAN (FNA)- Beijing announced on Wednesday that it firmly opposes Indian vice president's visit to to a disputed area on the China-India border, urging New Delhi to refrain from moves that complicate boundary issues and bring China-India relations back on the right track and steady development.

Zhao also called on the Indian side to truly respect China's major concerns and take concrete actions to maintain peace and stability in the China-India border region.

The so-called "Arunachal Pradesh" was established largely on three areas of China's Tibet – Monyul, Loyul and Lower Tsayul – which are currently under India's illegal occupation. These three areas, located between the illegal "McMahon Line" and the traditional customary boundary between China and India, have always been Chinese territory.

In 1914, British colonialists secretly instigated the illegal "McMahon Line" in an attempt to incorporate into India the above-mentioned three areas of Chinese territory. None of the successive Chinese governments have ever recognized this line.

China and India have held 13 rounds of corps commander-level talks with the latest round taking place on Sunday.