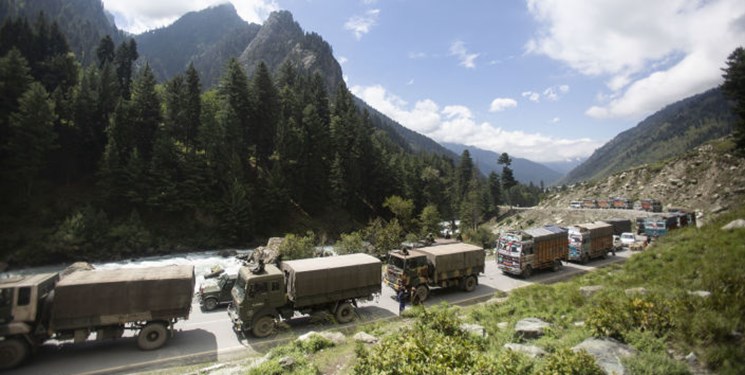 TEHRAN (FNA)- New Delhi rejects China's criticism of the Indian vice president's visit to the disputed Arunachal Pradesh area, and sees the region as an integral part of India, the Indian Foreign Ministry said on Wednesday.

"We have noted the comments made today by the Chinese official spokesperson. We reject such comments. Arunachal Pradesh is an integral and inalienable part of India. Indian leaders routinely travel to the state of Arunachal Pradesh as they do to any other state of India. Objecting to the visit of Indian leaders to a state of India does not stand to reason and understanding of Indian people," the spokesperson for the Indian Foreign Ministry, Arindam Bagchi, stated, RIA Novosti reported.

Bagchi added that the deteriorated situation on the Line of Actual Control (LAC) was caused exclusively by China's attempts to unilaterally change the status quo in the area.

"Therefore, we expect the Chinese side to work towards early resolution of the remaining issues along the LAC in Eastern Ladakh while fully abiding by bilateral agreements and protocols rather than trying to link unrelated issues," Bagchi concluded.

Since May 2020, the region near the Chinese-Indian border has witnessed numerous standoffs. The two neighboring countries have stepped up their military presence in the area.

Over the past weekend, China and India held the 13th round of talks in an effort to settle the conflict, but failed to come to a compromise.