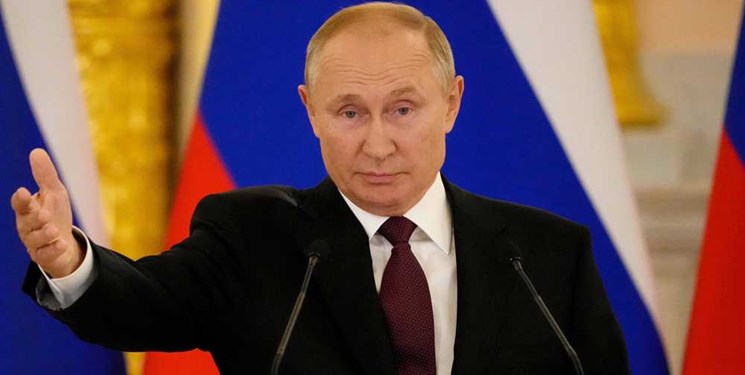 "The spike in gas prices in Europe was the result of a deficit of electricity, and not the other way around. And it's not worth trying to lay one's own fault at someone else's door, as we say, and as some of our partners are attempting to do," Putin stated, speaking at the plenary session of the Russian Energy Week forum in Moscow on Wednesday, Sputnik reported.

Accusing some so-called "experts" of substituting a calm, professional analysis of the situation on the European energy market with "empty political slogans", Putin recalled that after last year's cold winter, many countries failed to fill up their gas reserves ahead of the new heating season, thereby helping to assure the spike in prices today.

He also pointed out that as Russia has increased its gas supplies to Europe by 15 percent this year, some other countries, including the United States, have reduced them while blaming Moscow for the crisis.

"Sometimes one listens to what's said on this subject, and is simply surprised. It's just amazing. It's as if they don't see the numbers...don't see the reality, but are just covering up their own mistakes," Putin added.

The Russian president also dismissed claims that Moscow was using energy "as a weapon", calling it "complete nonsense and politically motivated chatter that has no serious foundation behind it".

Putin dismissed the idea that Russian energy producers were interested in seeing inflated gas prices, suggesting that the people who make such claims simply don't know what they're talking about.

"At the end of the day, a high price environment can result in negative consequences for everyone, including producers. Both our producers and those present in the hall understand this perfectly well," he continued.

Putin emphasized that Moscow supplied its gas to Europe even during the darkest days of the Cold War, and expressed confidence that Russia's energy sales abroad will hit new records this year.

"Stability and predictability are important for any market. Russia fully fulfills its contractual obligations to our partners, including those in Europe, and ensures the guaranteed, uninterrupted supply of gas to this region. All the preconditions exist to ensure that Russia hits a record in the delivery of gas to the global market by the end of this year," Putin said.

"Furthermore, we always ready to accomodate our partners and prepared to discuss additional actions," he added.

Commenting on proposals from some of Russia's partners, and from Washington, to increase Russian gas deliveries through Ukraine, Putin pointed out that the country's gas transit network is more than 80 percent worn out, and that if a major pipeline explosion were to take place, Europe would be left without an important transit route.

Putin added that there were are some "irresponsible politicians" in Ukraine today proposing the nationalization of gas supplies destined for other countries that are stored on Ukrainian territory.

The Russian president pointed to the competitive advantage of Russia's gas against some LNG suppliers, saying that the hydrocarbon footprint of the Nord Stream 1 pipeline is over three times lower than that of LNG from the United States, for example.

Putin also commented on Russia's support for alternative energy initiatives, saying Moscow is seeking to achieve carbon neutrality of its economy by the year 2060, and that Russia would continue to export nuclear energy technology to contribute to global decarbonization efforts.

He stated that he has instructed the cabinet to update the state programme on energy conservation and energy efficiency until 2035, with the strategy affecting all sectors of the national economy, including industry, agriculture, transport, housing and utilities.

"I will repeat what I have said before: climate conservation is the common task of all of humanity. There is a lot of work ahead, of course, difficult work involving a wide range of specialists, the heads of corporations, public associations and governments," Putin said.

The fourth annual Russian Energy Week is a three-day energy forum for specialists in the fuel and energy sectors. In addition to Putin, the session's participants this year include Angolan President Joan Lourenco, the directors and chief executives from major global energy companies, and other officials.