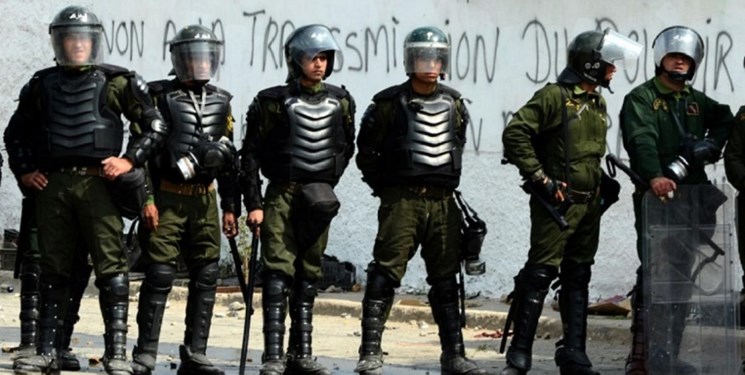 TEHRAN (FNA)- Algeria’s security forces have thwarted a plot by separatists backed by Israel and a North African country to conduct armed attacks, according to a report.

The Ennahar TV reported on Wednesday that Algerian forces dismantled a criminal group belonging to MAK, which is designated by the Algiers government as a “terrorist organization”, this week.

The television station said 17 suspects were detained, adding that documents indicating continuous contact with the “the Zionist entity” organizations and weapons were confiscated.

In August, Algeria blamed MAK and another group for the devastating forest fires that erupted in several provinces in the country, including Tizi Ouzou, saying one of them was supported by Morocco and Israel, with which Algiers has rejected any normalization of ties. Later that month, Algeria severed diplomatic ties with Morocco over “hostile actions”. The two neighbor has had strained relations for decades.

The dispute between Morocco and the Algeria-backed Polisario Front independence movement in the Western Sahara region has been a decades-long bone of contention between the two neighbors.

Morocco annexed the vast Western Sahara region, a former Spanish colony, in the 1970s and has since been in conflict with the Polisario Front, a movement that seeks to establish an independent state in the territory and end Morocco’s presence there.

Morocco is currently in control of 80 percent of the region, including its phosphate deposits and fishing waters. Last year, then US President Donald Trump agreed to recognize Morocco’s “sovereignty” over the Western Sahara, abandoning a longstanding US policy on the region.

His decision came after Morocco agreed to join the list of Arab states normalizing ties with Israel. The normalization deals have been condemned by all Palestinian factions as a betrayal of their cause.

Morocco’s support for the self-determination of MAK, also known as Kabylie, which is seeking self-governing rule for Kabylie in Algeria, is another area of dispute between the two.

The Northeastern region of Kabylie is a stronghold of Algeria’s Amazigh (Berber) minority, which claims the Algiers government is making efforts to assimilate the minority group into the Arabized Berber and Arab majority.

The objective of MAK’s leadership is to establish regional self-determination for the Kabylie people in Algeria, as the “first step towards a Kabylie, Berber State".