Blinken: US to Press Ahead with Its Plan to Reopen Palestinian Mission in Jerusalem 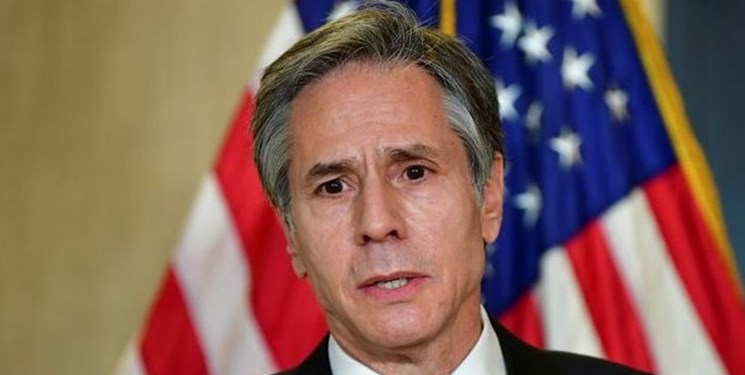 TEHRAN (FNA)- Washington will go ahead with its plan to reopen a consulate in Jerusalem as part of its efforts to deepen relations with Palestinians, US Secretary of State Antony Blinken said during a joint press conference with his Israeli and UAE counterparts in DC.

"We'll be moving forward with the process of opening a consulate as part of deepening of those ties with the Palestinians," Blinken added, Sputnik reported.

The US consulate dedicated to Palestinian affairs was merged with the new embassy after it was moved from Tel Aviv to Jerusalem following the Donald Trump administration's recognition of Jerusalem as Israel's capital in 2017.

In a separate development, Blinken stated that the Joe Biden administration is committed to building on the efforts from the previous Trump administration to improve relations between Israel and the Arab countries.

"We strongly support these historic steps and are committed to continue building on the efforts of the last administration to expand the circle of countries with normalized relations with Israel in the years ahead," Blinken said during a press conference.

Blinken met with his Israeli and the United Arab Emirates (UAE) counterparts in Washington to review progress made over the last year since the normalisation of UAE-Israel relations via the Abraham Accords.

The US secretary of state noted the diplomats discussed the launching of two new working groups among the trilateral group that will address religious coexistence and water and energy issues in the Middle East.