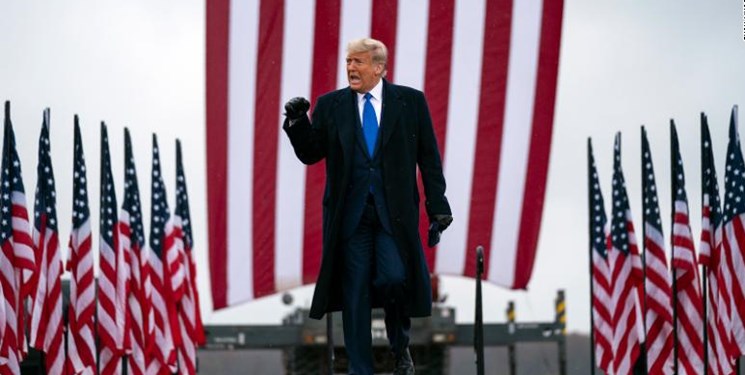 TEHRAN (FNA)- A 67 percent majority of Republican voters pick Donald Trump as their preferred candidate in the 2024 presidential election, with more than four in five saying they like the former president, even if they hope for a new face to represent the party, a Morning Consult poll showed on Wednesday.

"While 67 percent of Republican voters say Trump should run for president in 2024, 29 percent say he should not," a press release explaining the poll said, RIA Novosti reported.

"Eighty-two percent of Republicans view Trump favourably and 17 percent hold unfavourable views, indicating that a small chunk prefer someone new despite their admiration for the 45th president".

Trump has repeatedly raised the prospect of another bid for the presidency, although in recent rallies he has focused largely on unsubstantiated claims of massive voter fraud in the last election instead of in 2024.