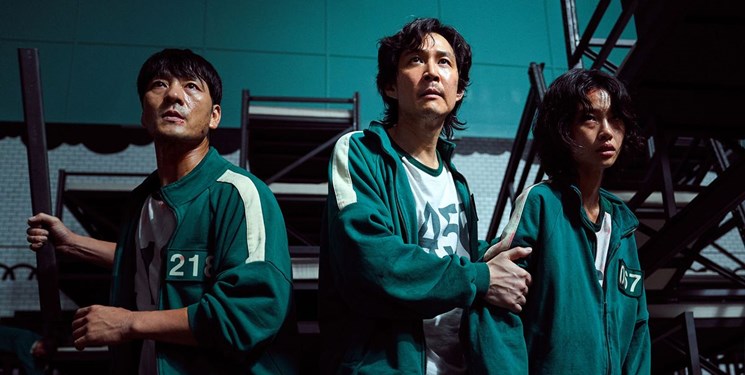 The dystopian South Korean drama has become Netflix's most popular series launch ever, drawing 111 million fans since its debut less than a month ago, according to IndieWire.

South Korean film director and screenwriter Hwang Dong Hyuk first conceived ideas for the hit Netflix series in 2008 during the global financial crisis, but it wasn’t until tech giants brought a new era in the development of capitalism and the Donald Trump presidency dominating the following 10 years that the creator believed the show’s premise would resonate with an audience.

"After all these issues happened, I thought it was about time that this show goes out into the world," he told IndieWire.

The Korean-language drama revolves around a group of 456 people from different walks of life facing massive debts who willingly compete in a series of six children’s games in an attempt to win a $40 million cash prize.

However, the players soon discover that the consequences for losing any of these games are lethal, with each death adding a whopping cash amount to the grand prize. In addition to its violence and suspenseful drama, the show is a commentary on capitalism and economic disparity between the ultra-rich and the poor.

"At the time, there was the Lehman Brothers crisis; the Korean economy was badly affected and I was also economically struggling," he explained.

"Over the past 10 years, there were a lot of issues. There was the cryptocurrency boom, where people around the world, especially young people in Korea, would go all-in and invest all their money into cryptocurrencies. And there was the rise of IT giants like Facebook, Google, and in Korea, there’s Naver, and they are just restructuring our lives. It’s innovative, but these IT giants also got very rich," he stated.

Ultimately, it wasn’t until he noticed the heated 2016 election cycle, and the rise of the Trump presidency that he felt compelled to release "Squid Game".

Speaking to Insider about Trump, Hwang noted, "I think he kind of resembles one of the VIPs” depicted in the series, going on to explain that “it’s almost like [Trump was] running a game show, not a country, like giving people horror".

In the show, the VIP characters are masked members of the rich elite who spectate the games and bet on the outcome.

"The concept itself was not realistic at the time 10 years ago. It was too bizarre and people thought it wouldn't be a money-making film, also because it was violent and there would be some issue with ratings and the target audience would shrink," Hwang reportedly said.

"But 10 years had passed and for Netflix, their distribution system is different from films... they have less restrictions, so I could go about my own way of making this film and I felt less pressure about these issues," he continued.