Analysis: At Least 90,000 COVID-19 Deaths in US Since June Were Preventable 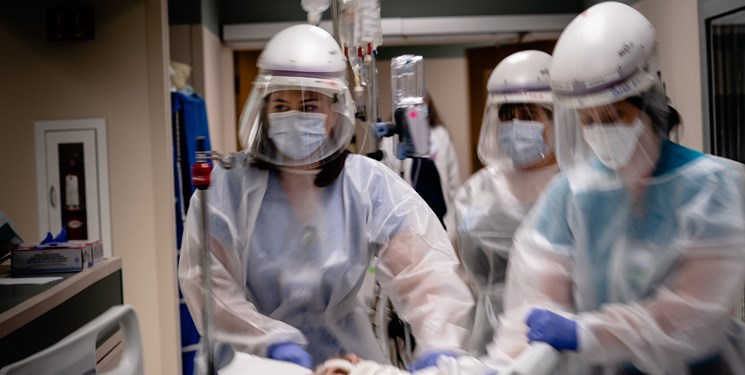 TEHRAN (FNA)- At least 90,000 COVID-19 deaths among unvaccinated adults in the US since June could have been prevented with vaccines that were widely available, a Kaiser Family Foundation (KFF) analysis released Wednesday found.

Most of the preventable fatalities — about 49,000 — occurred last month as the highly transmissible delta variant took its toll on the US and sparked a surge in cases, The Hill reported.

To determine whether a death was preventable, researchers started with all unvaccinated deaths since June — about six weeks after all adults in the US became eligible to receive a coronavirus vaccine, or enough time for full immunity to set in after a two-dose vaccine. Researchers then used results from a Centers for Disease Control and Prevention (CDC) study that the vaccine was 91 percent effective against deaths to estimate how many unvaccinated fatalities were preventable.

September was a brutal month for COVID-19 deaths, as an average of 1,899 people died due to the virus every day, making it the second-leading cause of death that month behind heart disease, which caused about 2,000 deaths per day.

The virus also reached the highest cause of death among people ages 35 to 54 last month and reached the top seven causes in all age groups.

COVID-19 had dropped from the leading cause of death in the US to eighth place in July, before the delta variant, eased restrictions and lower vaccination rates allowed fatalities to climb, according to the analysis.

The US endured more COVID-19 deaths among those ages 25 to 54 in August and September than during any other month previously during the pandemic, even though vaccines had become available.

The results align with a KFF analysis from last month that found the “preventable” treatment costs for unvaccinated COVID-19 patients rose by $3.7 billion in August, reaching a $5.7 billion total since June.

The US vaccination rate saw a slight uptick in late September as hospitalizations and deaths climbed, but about 66 million eligible people in the US remain unvaccinated, White House coronavirus response coordinator Jeff Zients said during a briefing.

The Joe Biden administration has ramped up efforts to get the remaining people vaccinated through instituting requirements to either get the shot or take weekly tests, including for organizations with at least 100 employees.