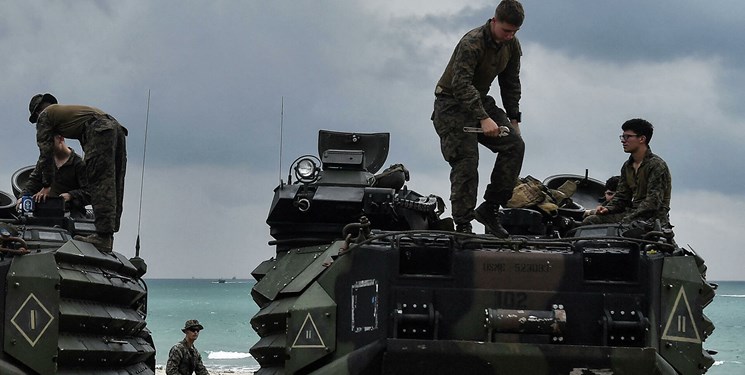 TEHRAN (FNA)- The US hopes that Thai-American international military drills Cobra Gold, the largest joint annual exercises in Southeast Asia, will be held full-scale in 2022 after being downgraded due to the pandemic, head of US Indo-Pacific Command Admiral John Aquilino stated in an interview with the Bangkok Post newspaper on Thursday.

The annual exercises were scaled down to only 600 US soldiers participating this year, compared to an average of 7,000-strong American contingent pre-pandemic.

"Together [with Thai commander in chief Chalermpol Srisawat] we'll work to get it back to normal as soon as possible. And in the future hopefully expand the training complexity of the exercise and potentially even increase the nations participating," Aquilino said, adding that the drills will be carried out following COVID-19 regulations set by the Thai side.

The drills are expected to expand further in 2023, the commander added.

As for resuming regular friendly visits of US warships to Thailand, which were temporarily halted due to the pandemic, Aquilino said the US was ready to deploy its vessels as soon as it gets Bangkok's approval.

Aquilino also noted that allied relations between the US and Thailand are important for ensuring peace, security and stability in Southeast Asia when commenting on the possibility of a confrontation with China in the South China Sea.