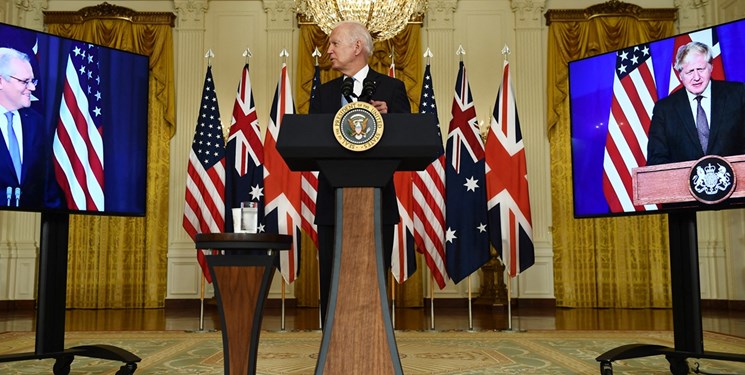 TEHRAN (FNA)- The establishment of the trilateral security pact between Australia, the UK and the US (AUKUS) undermines regional stability, Russian President Vladimir Putin said.

"The establishment of any blocs, including the one you mentioned, the US-Great Britain-Australia, undermines regional stability because, I think, it is good to be friends but to be friends against anyone is bad. It undermines stability we are talking about and we take care of," he stated in an interview with CNBC posted on the Kremlin website on Thursday.

The Russian president added he hopes the situation would not be developing under an unpredictable scenario and would cause no extra tensions in the region.

On September 15, Australia, the UK and the US announced a new strategic security pact dubbed AUKUS. Under the agreement, Australia plans to build at least eight US-designed nuclear-powered submarines and equip its forces with American-designed cruise missiles, among other things.