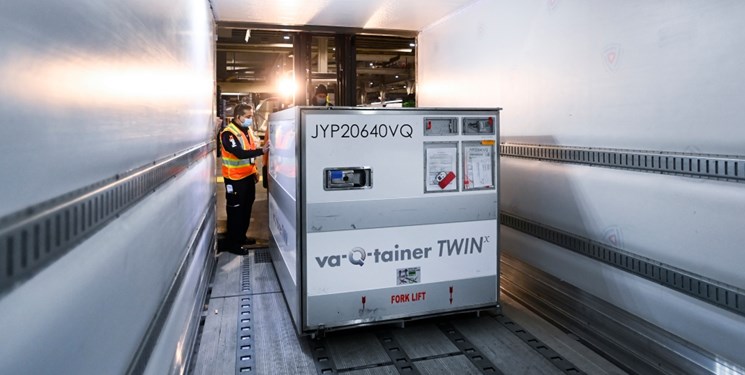 Head of the IRCS Karim Hemmati said that with the arrival of the third shipment, containing 6 million doses of the vaccine, the Society has fulfilled the promise for receiving 18 million doses of COVID-19 vaccine in one week.

Iran’s Red Crescent Society has imported a total number of 70,390,000 doses of coronavirus vaccine since May, he added.

Meantime, Iran’s Foreign Ministry Spokesman Saeed Khatibzadeh said that the imports of tens of millions of Chinese-made coronavirus vaccines might not have happened if it had not been for the 25-year comprehensive strategic partnership deal between Iran and China.

“I don’t think this would have happened without the strategic partnership and the comprehensive cooperation document,” Khatibzadeh said on Thursday.

So far, Iran has received over 80 million doses of China’s flagship Sinopharm vaccine to immunize its population against COVID-19. Sinopharm has accounted for nearly 90% of all vaccines imported into Iran since December.

Official daily statistics published by Iran’s Health Ministry indicate that Iran has passed the fifth—and worst—wave of the pandemic.

The daily death toll from the virus stands at 223 on Thursday, down from high records of over 700 seen in August, while the number of infections reported in the last 24 hours is 11,964.

Iran has said on numerous occasions that the US sanctions significantly hampered its efforts to contain the virus and to import vaccines sooner.

Khatibzadeh said the huge imports of Sinopharm is one of the outcomes of the strategic partnership deal signed between the two countries in March.

The partnership deal, which was signed in March, aims to strengthen Tehran-Beijing’s economic and political alliance. The agreement was first announced in 2016, when Xi visited Iran to strengthen Tehran-Beijing ties. It also aims to boost economic cooperation between the two countries and paves the way for Iran’s participation in the Belt and Road Initiative, a massive infrastructure project stretching from East Asia to Europe.