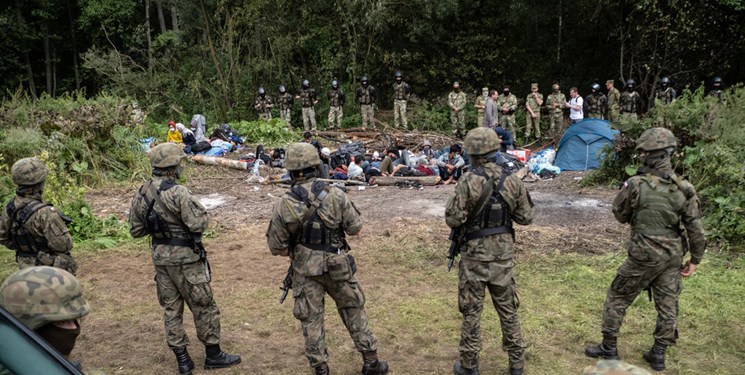 TEHRAN (FNA)- EU Home Affairs Commissioner Ylva Johansson ordered a meeting with officials from Latvia, Lithuania and Poland on the “dire situation” of migrants stuck waiting at the bloc’s borders with Belarus.

“I’m very concerned about reports of people including children stuck in forests in dire situation at external EU borders with Belarus,” Johansson stated on Thursday, revealing she had demanded ambassadors meet with her in Brussels to discuss the situation, RT reported.

The three EU member states have complained in recent months that there has been an influx of migrants from African and the Middle East from Belarus, with the bloc accusing the Belarusian government of deliberately pushing people across the borders in retaliation for recently imposed sanctions.

The Lithuania government has deployed soldiers to the Belarusian border, ordering them to build a barbed-wire fence to halt migrants, and Polish officials recently approved 1.615 billion zloty ($400 million) to construct a border wall to block illegal immigration into the country. In Latvia, border guards have resorted to pushing migrants back into Belarus, using a state of emergency measure imposed by the country’s government.

The EU’s concerns about the treatment of migrants on the Belarusian border comes after German authorities claimed that there has been a steep rise in illegal migration from Belarus in the past few months, as individuals from Iraq, Iran, Syria and Yemen cross into the EU.

“The situation is not dramatic, but it is tough,” Olaf Jansen, the head of the foreigners’ office in the Eastern German town of Eisenhuettenstadt, noted, revealing concerns about the potential spread of COVID from migrants.