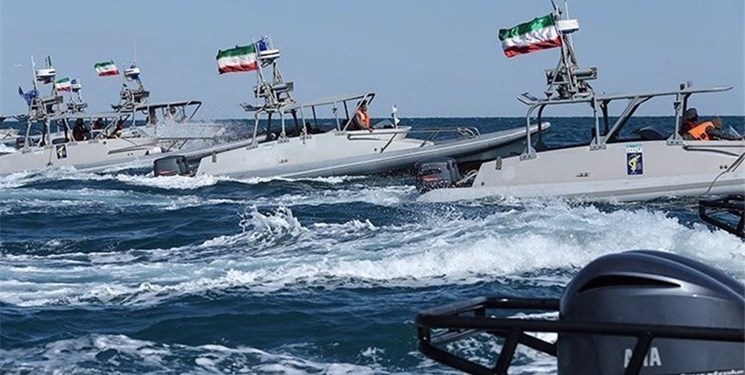 TEHRAN (FNA)- Commander of the Islamic Revolution Guards Corps Major General Hossein Salami announced that the IRGC's Naval Forces will be armed with cruise missiles with an operational range of up to 2,000 kilometers in the near future which will be capable of targeting moving vessels.

"IRGC navy has made considerable progress in development and manufacture of unmanned aerial vehicles, and now possesses hundreds of reconnaissance, surveillance, combat and kamikaze drones with different operational ranges of up to 1,200 kilometers (745 miles)," General Salami said.

He lauded the IRGC Navy’s defensive and offensive capabilities, specially in the field of navigation, and said, "The IRGC Navy has made a great achievement by increasing the velocity of its speedboats to nearly one hundred knots per hour."

“In near future, the naval force will be armed with cruise missiles with a range of 2,000 kilometers, and capable of targeting moving vessels,” the IRGC commander pointed out.

General Salami went on to say that the IRGC Navy has developed various signal collection systems, jammers and electronic warfare systems, and that the hardware expanded both defensive and offensive capabilities of the force.

In relevant remarks on Friday, General Salami underlined that the IRGC Navy has full control over the Persian Gulf and the Strait of Hormuz by means of modern electronic warfare.

General Salami's positive assessment of defense-battle preparedness the IRGC Navy came after his visit to the IRGC Command in the Persian Gulf islands and the Strait of Hormuz on Friday.

"The enemies of Iran must come to the understanding that any action from enemies at any scale and any place will not be tolerated by Iran and will receive quick, decisive, strict response," he added.

General Salami said that all defensive equipment used by the IRGC are domestically made and all forces are at excellent level of preparedness to respond to any threat at any scale.

In relevant remarks on Wednesday, General Salami said that the IRGC Aerospace Force and the Iranian Army’s Air and Air Defense Forces are equipped with the most state-of-the-art technologies to defend the country.

General Salami went on to specify the message that the drills have been assigned to convoy.

According to the commander, the exercises are meant to send across the “invariable message of unity” between the IRGC and Army in their duty to serve in the country’s defense.

The unity, he said, was rooted in the dual forces’ defensive cooperation during the Western-backed imposed war that former Iraqi dictator Saddam Hussein waged on the Islamic Republic from 1980 until 1988.

Codenamed ‘Modafe’an Aseman-e Velayat 1400’ (Guardians of ‘Velayat Sky’ 1400), the exercises kicked off in the country’s sprawling Central Desert, with the goal of practicing defensive maneuvers in the service of the country’s “sensitive and vital” spots and testing the operational maneuverability of the Armed Forces’ new-generation defensive equipment among other things.

Commander of Khatam al-Anbia Air Defense Base Brigadier General Qader Rahimzadeh said on Wednesday that the wargames ended after achieving all pre-defined objectives.