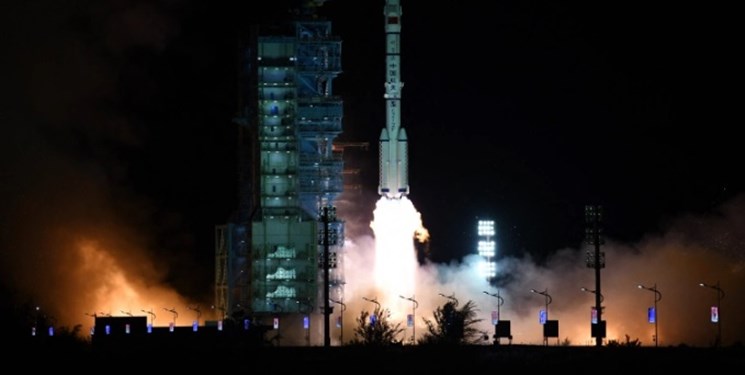 TEHRAN (FNA)- America will lose a new Cold War arms race with China within a decade unless it takes a tougher stance with Beijing, a Republican congressman warned after the Chinese tested a new hypersonic nuclear-capable missile.

The missile travels at low orbit to dodge the US's defence systems and can reach speeds of 3,800mph to deliver its payload within minutes, with analysts fearing it gives the Chinese a significant advantage over the West, The Daily Mail reported.

While China was known to be working on the technology, the test took analysts by surprise and indicated Beijing's missile programme is more advanced than previously thought.

"We have no idea how they did this," one said.

Mike Gallagher, a member of the armed services committee, blasted the administration of President Joe Biden for "complacency" and said America needs to "aggressively" re-think its relations with China after security sources reported that Beijing launched a rocket that carried a nuclear-capable hypersonic missile into space in August.

However, Beijing played down the launch's threat, claiming it was a "routine test" of new technology.

Foreign Ministry Spokesperson Zhao Lijian said the launch involved a spacecraft rather than a missile and was of "great significance for reducing the use-cost of spacecraft and could provide a convenient and affordable way to make a round trip for mankind's peaceful use of space".

"China will work together with other countries in the world for the peaceful use of space and the benefit of mankind," he added.

China's space program is run by its military and is closely tied to its agenda of building hypersonic missiles and other technologies that could alter the balance of power with the United States.

Issuing a stark warning after news of the test became public at the weekend, Gallagher said, "If we stick to our current complacent course... we will lose the New Cold War with Communist China within the decade."

"The People's Liberation Army now has an increasingly credible capability to undermine our missile defenses and threaten the American homeland with both conventional and nuclear strikes," Gallagher added.

Meanwhile, NATO Chief Jens Stoltenberg, speaking after the launch of the new missile was revealed, said the alliance will reposition itself to tackle the growing threat from China separate from its historic focus on Russia.

"Nato is an alliance of North America and Europe. But this region faces global challenges: terrorism, cyber but also the rise of China," he told the Financial Times.

"So when it comes to strengthening our collective defence, that’s also about how to address the rise of China. What we can predict is that the rise of China will impact our security. It already has," he added.

"China is coming closer to us . . . We see them in the Arctic. We see them in cyber space. We see them investing heavily in critical infrastructure in our countries. And of course they have more and more high-range weapons that can reach all NATO allied countries," he said.

China carried out a test of the new hypersonic weapon back in August, which defence analysts said was launched into space on a Long March rocket.

Beijing has been regularly announcing launches of the rocket, including the 77th launch in July this year and the 79th launch in late August. But it never announced a 78th launch. It is now thought that rocket was carrying a dummy nuclear warhead.

Analysts believe that the rocket was carrying a hypersonic glide vehicle - of the kind that China has showed off before in military parades - which was released into low-Earth orbit, circling the globe at speeds up to Mach 5, or five times the speed of sound.

It was then brought out of orbit and came crashing back to Earth, missing its target by some 24 miles. While this shows the weapon is not ready for deployment, it never-the-less stunned analysts who believed China was still far off being able to mount an active test.

Beijing did not report the test or its results at the time, but after it was disclosed the country's state media mocked America by saying it is a "new blow to the US's mentality of strategic superiority over China".

An op-ed in the Chinese state media outlet Global Times, Beijing's mouthpiece, said the test means "there is a key new member in China's nuclear deterrence system", adding that this is a "new blow to the US's mentality of strategic superiority over China".

It is just the latest move in a global arms race between Russia, China and the US which is taking place against the backdrop of mounting tensions between the superpowers in the Eastern Pacific.

All three countries are engaged in wholesale updates of their militaries including the development of new nuclear technology with which they can strike each-other at range.

Russia and China have, in recent years, unveiled new and more-powerful ICBMs which are capable of launching multiple nuclear warheads at targets many thousands of miles away.

But China's new hypersonic missile takes the technology one step further. ICBMs work by firing the nuclear warheads into space on an arched trajectory, before they fall back to earth at speeds up to 18,000mph - detonating just above their intended targets and wiping them out.

Because they fly on an arched trajectory, the missiles and the warheads they carry fly far above the atmosphere before coming back down. Current missile defence technology is designed to detect those launches, track the warheads as they reach the peak of that arch, then shoot them as they fall - before they hit their targets.

The hypersonic warhead is different. It flies low in the atmosphere, making it harder to track, and can be repositioned in flight, making it difficult to calculate where it will land and therefore difficult to intercept.