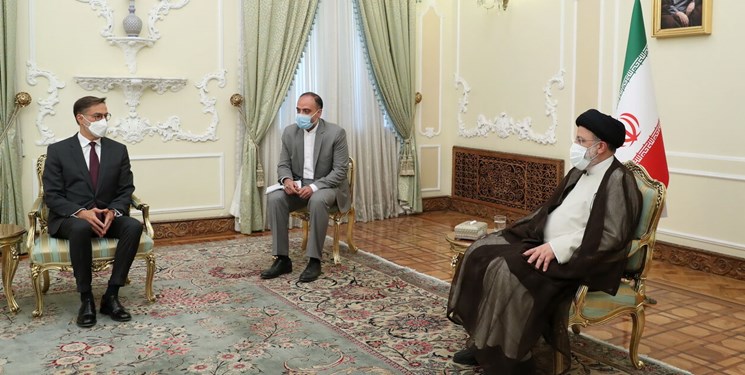 "Latin American countries, Venezuela in particular, are prioritized in the Islamic Republic of Iran's economic diplomacy, and we are determined to develop our relations with these countries," President Rayeesi said during the meeting in the Iranian capital.

The Iranian president pointed out that with a long-term cooperation program between the two countries, there is a clear prospect for expanding and deepening relations.

Welcoming the upcoming visit of the Venezuelan President Nicolás Maduro to Tehran in the near future, President Rayeesi said that during this visit new steps will be taken for long-term cooperation between the two countries.

The Venezuelan foreign minister, for his part, said that the two friendly countries of Iran and Venezuela are united against the hegemonic powers and those who want to harm the independence of these two countries.

Plasencia termed Iran an important and influential country in the region, and said that the Bolivarian Republic of Venezuela, along with Iran, is committed to defending multilateralism and countering the US intervention.

Before his meeting with President Rayeesi, he held talks with Iranian Foreign Minister Hossein Amir Abdollahian.