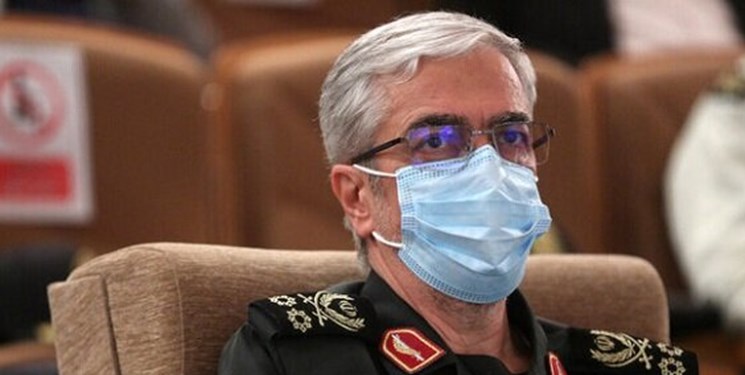 TEHRAN (FNA)- Chief of Staff of the Iranian Armed Forces Major General Mohammad Hossein Baqeri said that he is following the implementation of contracts for purchasing defense equipment from Russia in his visit to Moscow.

General Baqeri, who is in Moscow to meet with Russia's military officials, made the remarks during a meeting with experts and managers of Iranian institutions at the Iranian Embassy in Moscow.

During the meeting, General Baqeri talked about the status of defense cooperation between the two countries, the latest regional and international developments and the fight against terrorism as objectives of his visit to Moscow.

Referring to the contracts concluded for purchase of fighter jets, training jets and combat helicopters from Russia, General Baqeri reiterated that these contracts were concluded after lifting of arms embargo on Iran

"We will discuss the implementation of these contracts during my visit," he added.

In relevant remarks on Monday, Baqeri said that the Islamic Republic of Iran is determined to expand military cooperation with Russia in line with the administration of President Seyed Ebrahim Rayeesi's 'Look to the East' policy.

On October 18, 2020, the embargo was lifted under Security Council Resolution 2231, which endorsed the 2015 nuclear agreement, officially known as the Joint Comprehensive Plan of Action (JCPOA).