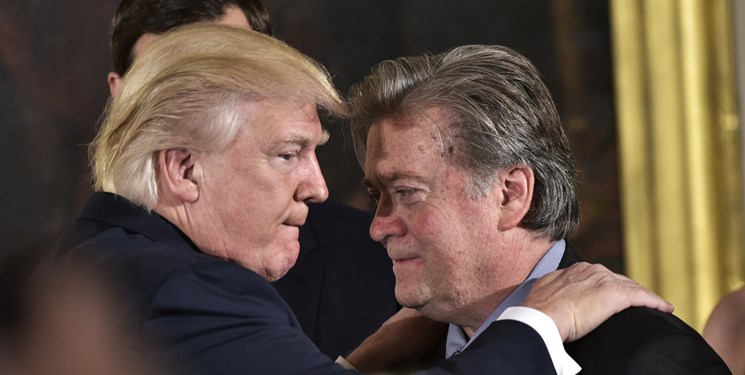 TEHRAN (FNA)- The chairman of the committee responsible for investigating the insurrection on 6 January said the committee will follow through with the contempt effort, in a warning to aides to former President Donald Trump avoiding subpoenas.

Rep Bennie Thompson, a Democrat from Mississippi, said the committee will take whatever steps are necessary ahead of the committee’s vote to hold former Trump Adviser Stephen Bannon in contempt for avoiding a subpoena, The Independent reported.

“It's one of the options available to the committee that we absolutely have to follow to get the information,” Thompson told The Independent, adding,  “We had hoped he would honor the subpoena and come in and give a deposition and provide certain information and he chose not to. So we’re still interested in hearing from him and we will follow the contempt effort to get it done.”

The House Committee is slated to vote to hold Bannon in contempt on Tuesday evening. Bannon was initially set to give evidence to the committee before his attorney said Bannon would not cooperate after Trump advised him not to do so and cited executive privilege.

If the contempt vote passes, it will go to a full vote for the House of Representatives. Afterward, Attorney General Merrick Garland could present it to a grand jury, which could lead to Bannon being indicted, Thompson said.

Thompson’s words come the day after Trump filed a lawsuit against Thompson in his capacity as chairman of the January 6 Committee to prevent documents from being released.

Courts will likely reject the lawsuit on dubious grounds, some legal experts say.

But Thompson seemed dismissive of the suit, citing Trump’s disparaging remarks about the death of former Secretary of State Colin Powell, who died on Monday.

“A sitting president who does not acknowledge the work of Colin Powell on his untimely death but file a lawsuit claiming that somebody else has executive privilege is not worthy of a legitimate response,” Thompson told The Independent.