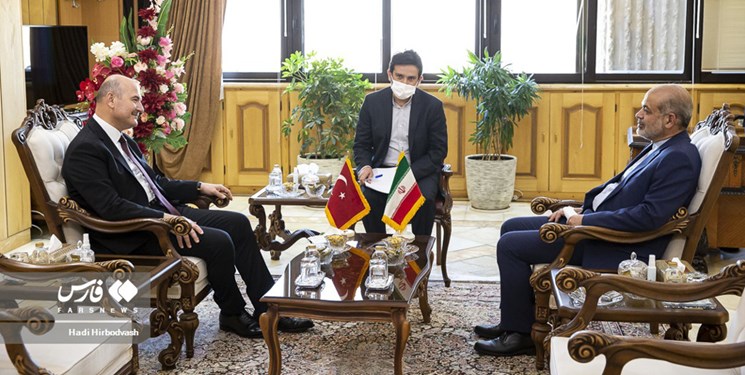 The agreement inked on Wednesday is aimed at broadening neighborly cooperation on security issues and emphasizes determination to expand strategic ties and jointly fight terrorism and trafficking.

In a relevant development in September, Vahidi in a telephone conversation with Soylu had described Tehran and Ankara as two key regional powers that can play a significant role in the establishment of peace and stability in the region.

"Creating security in the region is the joint responsibility of the two countries," Vahidi said during the phone talk with his Turkish counterpart.

The Iranian interior minister reiterated that Iran and Turkey are two important regional powers that play a very important role in creating stability and peace in the region.

Soylu, for his part, voiced Turkey's resolve to broaden mutual cooperation with Iran.

"I hope that we will advance the path of cooperation in favor of the interests of the Turkish and Iranian nations," the Turkish interior minister said.

He also expressed his readiness to travel to Tehran in the coming weeks so as to hold talks with his Iranian counterpart.