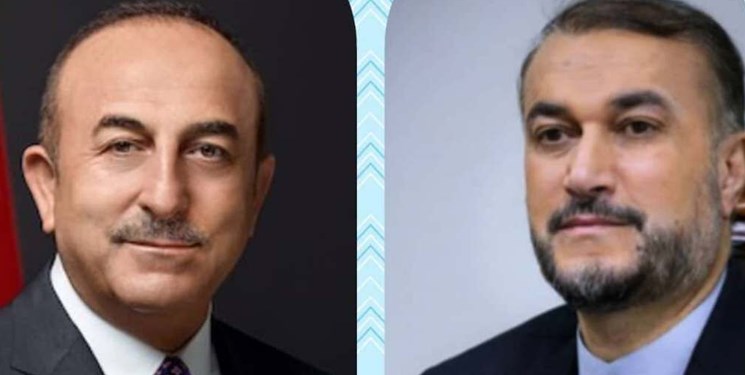 "We do not allow mischief of the ill-wishers to create problems in neighborly relations," Amir Abdollahian said during his phone call with Çavuşoğlu.

During the phone talk, the Iranian and Turkish foreign ministers exchanged views on the latest developments in bilateral relations and regional and international issues, including the developments in Afghanistan.

Pointing to the importance of the ECO Summit for further regional cooperation, the two sides stressed the need for continued consultation between the two countries' officials on issues of common concern.

In a relevant development on Wednesday, Iranian Interior Minister Ahmad Vahidi and his Turkish counterpart Suleyman Soylu in a meeting in Tehran signed a Memorandum of Understanding (MoU) to expand mutual security cooperation and joint fight against terrorist groups.

The agreement is aimed at broadening neighborly cooperation on security issues and emphasizes determination to expand strategic ties and jointly fight terrorism and trafficking.