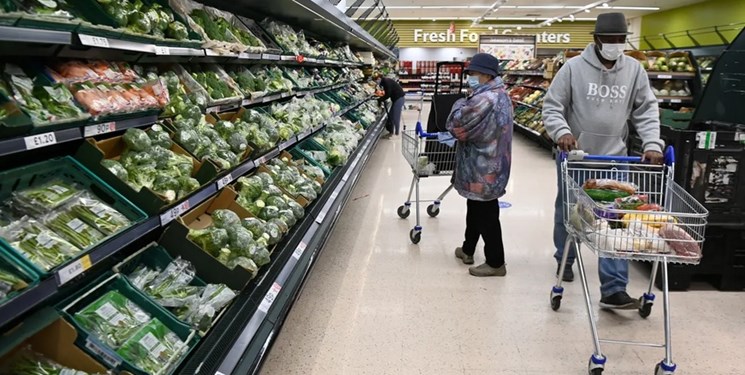 TEHRAN (FNA)- Inflation in the UK could rise above 5% by early next year, according to the Bank of England’s new chief economist.

Huw Pill, who replaced Andy Haldane in September, said that the Bank of England’s monetary policy committee was “finely balanced” over whether to raise interest rates at its next meeting on November 4  and that it would be a “live” decision, The Guardian reported.

Earlier this week, consumer price inflation fell back slightly to 3.1% despite pressure on households from soaring petrol prices and businesses being hit by shortages of lorry drivers and materials.

However, the Bank of England had previously said it expected inflation to exceed 4% by the end of the year.

Inflation has been on the rise this year, with businesses recovering from the coronavirus pandemic, energy prices soaring, the cost of petrol hitting an eight-year high and disruptions in the global supply chain continuing to have a knock-on effect on costs.

“I would not be shocked, let’s put it that way, if we see an inflation print close to or above 5% [in the months ahead],” Pill told the Financial Times, adding, “And that’s a very uncomfortable place for a central bank with an inflation target of 2% to be.”

Pill’s view is that there will be sharp price rises in the next few months and heading into next year, with inflation likely to drop in the second half of 2022.

Financial markets are betting on a Bank of England interest rate rise next month, the first since the pandemic began, after the governor, Andrew Bailey, said earlier this week that “we will have to act” to curb inflation.

Pill said, “Maybe there is a bit too much excitement in the focus on rates right now. The big picture is, I think, there are reasons that we don’t need the emergency settings of policy that we saw after the intensification of the pandemic. The settings [of monetary policy] that we now have are supportive settings. The need for support has diminished, as this [policy] bridge has been built and largely traversed.”

Pill was careful not to suggest that rates needed to move much higher than the pre-pandemic level of 0.75%.

“We do not see, given the transitory nature of what we are seeing in inflation in our base case, a need to go to a restrictive [policy] stance,” he said.