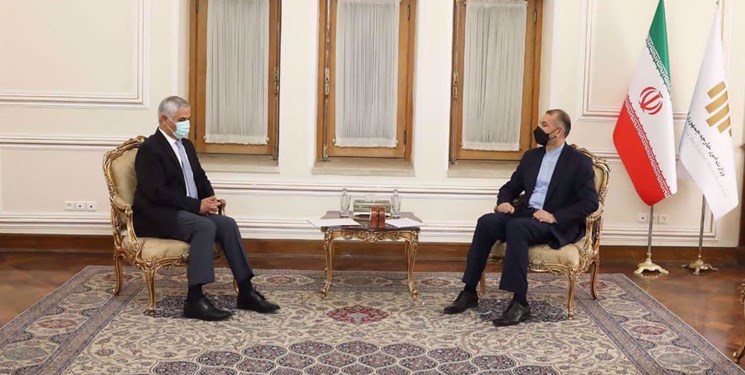 Amir Abdollahian made the remarks in a meeting with ECO Secretary General Khusrav Noziri in Tehran on Saturday.

The top Iranian diplomat also denounced the recent terrorist attacks in the Afghan cities of Kunduz and Kandahar, describing Afghanistan as an important ECO member.

More than 60 people were killed and over 80 wounded in three back-to-back explosions that hit the Bibi Fatima mosque during Friday prayers on October 15, one of the biggest blasts in Kandahar. It came just a week after a bomb attack killed more than 150 people and left scores of others injured at a Shia mosque in the northeastern city of Kunduz.

Both tragedies were claimed by a local affiliate of the ISIL Takfiri terrorist group, which has a long history of attacking Afghanistan’s Shia minority.

Amir Abdollahian further said that Iran would continue to support the ECO and its chief and expressed hope that ECO member states would make important decisions that would strengthen regional cooperation during the upcoming summit of the organization.

Elsewhere in his remarks, Amir Abdollahian pointed to the recent talks between Iran and the European Union in Tehran, saying that Iran would resume the negotiations with the G4+1 group (Russia, China, Britain, France, and Germany) soon.

Iran and the remaining parties to the 2015 nuclear agreement, officially known as the Joint Comprehensive Plan of Action (JCPOA), have held six rounds of talks in Vienna, which began after the US administration of Joe Biden voiced willingness to rejoin the nuclear agreement, three years after former president Donald Trump unilaterally withdrew the United States from the deal and reinstated crippling sanctions on the Islamic Republic.

While disagreements on key issues persisted, the participants took a break from the talks after Seyed Ebrahim Rayeesi emerged victorious in Iran’s June presidential election, and waited for Iran’s democratic transition to take place to continue the talks.

The scope of the sanctions removal and the need for the US to guarantee that it would not ditch the JCPOA again are among the key issues not settled during the administration of former Iranian President Hassan Rouhani.

In recent weeks, there has been mounting pressure on Tehran to return to the negotiating table. The Rayeesi administration has announced on several US illegal sanctions and that it will not take part in negotiations for the sake of negotiations.