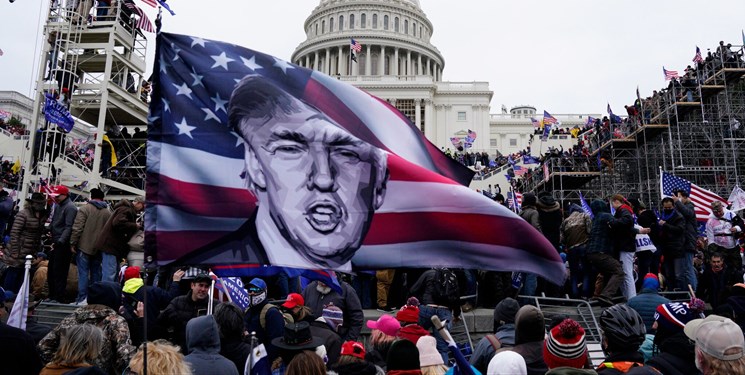 TEHRAN (FNA)- A federal judge said colleagues have received threats for presiding over cases related to the January 6 attack on the US Capitol.

During a hearing on October 22, US District Judge Reggie Walton excoriated defendants who continue to falsely believe that the 2020 election was stolen from former Presidetn Donald Trump, the baseless narrative that fuelled the attack, and those who continue to defend their attempt to threaten lawmakers to overturn the results, The Independent reported.

“It bothers me that she would try to associate herself with that type of violence,” Judge Walton said during a hearing for Capitol riot defendant Lori Vinson, adding, “Then she goes on television on two occasions and is proud of what she did, and says she would do it again.”

Those comments “have an impact”, he said in US District Court in Washington DC, according to CNN.

“As judges, we’re getting all kinds of threats and hostile phone calls when we have these cases before us, because there are unfortunately other people out there who buy in on this proposition, even though there was no proof, that somehow the election was fraudulent,” he told the court.

According to social media posts included in court documents, Vinson claimed that she was among the first people to breach the Capitol on January 6.

“I was probably one of the first 100 in there and I would say at the most there were several thousand in there,” she said in a post on Facebook.

She also told a local news outlet that she was fired from her job after participating in the riot, saying “I felt like what I had done was justified, and so I just said I would do this all over again tomorrow. I’m sorry that you don’t see my worth”.

In another local news clip transcribed in the criminal complaint against her, she said “I hope that is something I remember and say ‘I’m glad I was a part of that’ thirty years from now’” and “People have asked ‘are you sorry that you done that?’ Absolutely I am not. I am not sorry for that. I would do it again tomorrow.”

Vinson and her husband Thomas Vinson pleaded guilty in July to a misdemeanor charge of parading, demonstrating, or picketing in a Capitol building. The conviction carries a potential sentence of up to six months in prison and a $5,000 fine.

At the sentencing hearing on Friday, Judge Walton gave them each five years of probation and the maximum fine – the largest-yet financial penalty levied against a Capitol rioter thus far.

“I want the sentence to hurt,” Judge Walton said, adding, “I want people to understand that if you do something like this, it’s going to hurt. I know it’s a lot of money but hey, that’s the consequence that you suffer when you associate yourself with this type of behavior.”

Nearly 700 people have been arrested from nearly every state in connection with the attack, according to a recent progress report from the US Department of Justice

At least 190 people are charged with assaulting or resisting an officer, including more than 60 people charged with using a deadly or dangerous weapon or causing serious bodily injury to an officer.

Four people who pleaded guilty to felonies face charges related to assaults on law enforcement, and each face statutory maximums of 20 years or more in prison.