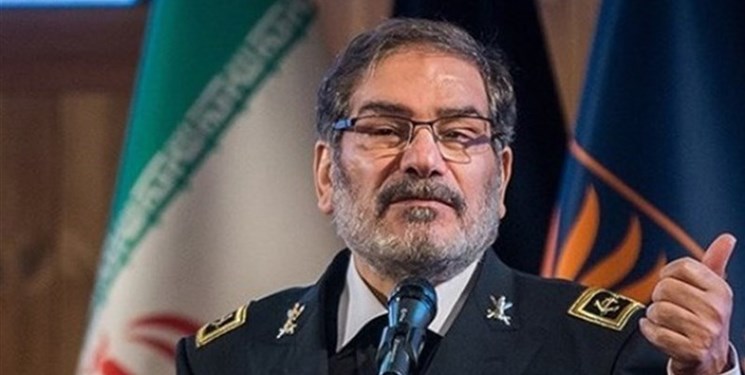 TEHRAN (FNA)- Secretary of Iran’s Supreme National Security Council (SNSC) Ali Shamkhani warned Israel that it will sustain thousands of billions of dollars in damage if it dares to attack Iran.

“Instead of allocating 1.5 billion dollars budget for atrocities against Iran, the Zionist regime should focus on supplying tens of thousands of billion dollars in fund to repair the damage that will be caused by Iran's shocking response,” Shamkhani wrote on his twitter page on Sunday.

His comments came after Israeli media reported that Israel has approved a budget of some 5 billion shekels ($1.5 billion) to be used to prepare the military for a potential strike against Iran’s nuclear program.

The NIS 5 billion budget is made up of NIS 3 billion from the previous budget and an additional NIS 2 billion from the next budget slated to be approved by the government in November, Israel’s Channel 12 reported Monday.

It includes funds for various types of aircraft, intelligence-gathering drones and unique armaments needed for such an attack, which would have to target heavily fortified underground sites, the unsourced report said.

Earlier this week, Iran's Ambassador and Permanent Representative to the United Nations Majid Takht Ravanchi called on the UN Security Council (UNSC) to confront the Zionist regime for its covert operations against Iran’s nuclear program.

"I am writing to inform you of yet another explicit threat made by the Israeli regime against the Islamic Republic of Iran and its peaceful nuclear program," Takht Ravanchi wrote in a letter to the UNSC session.

He said that during the past months, the number and intensity of such provocative and adventuristic threats have consistently grown and reached an alarming level.

"The latest of such threats has been made by the Chief of General Staff of the Israel Defense Forces, who has recently stated, “The operational plans against Iran’s nuclear program will continue to evolve and improve and operations to destroy Iranian capabilities will continue — in various arenas and at any time," Takht Ravanchi added.

Takht Ravanchi said that the fact that the Israeli regime has admitted that it will continue “to destroy Iranian capabilities” proves beyond any doubt that it has been responsible for the terrorist attacks against our peaceful nuclear program in the past.

He also said that given the dark record of the destabilizing practices of the Israeli regime in the region as well as its covert operations against Iran's nuclear program, that regime must be confronted in order to stop all its continuous threats and disruptive conducts.

"We warn against any miscalculation and possible military adventurism of the Israeli regime against Iran including its nuclear program. The Security Council must live up to its Charter-based responsibilities and hold that regime fully accountable for the consequences of its unlawful measures," the Iranian envoy said.

He concluded by saying that at the same time, the Islamic Republic of Iran reserves its inherent right to self-defense to decisively respond to any threat or wrongful act perpetrated by the Israeli regime.