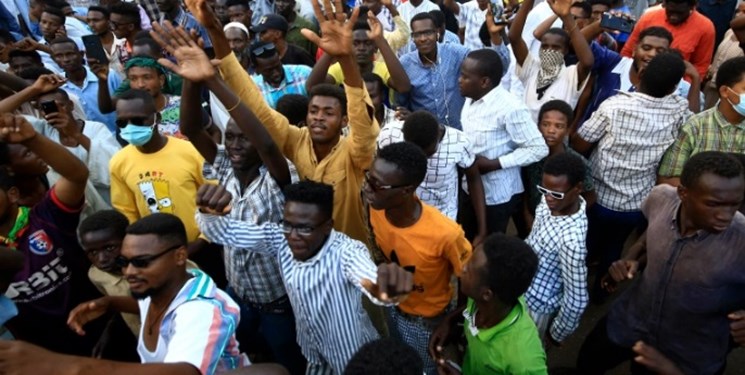 TEHRAN (FNA)- The Sudanese authorities temporarily barred oil tankers from coming to the country, as the vessels that arrived earlier can not be discharged over closed by protesters Eastern ports, Energy Minister Gadein Ali Obeid told the Middle-Eastern Asharq broadcaster on Sunday.

''Sudan decided to suspend the flow of ships carrying oil into the territorial waters to avert fines,'' the minister said, adding that his country is running out of strategic oil supplies, as Port Sudan is closed by protesters. Moreover, the oil tankers that already arrived can not be discharged, leading to Sudan's growing debts.

The rebels demand to amend the peace treaty of Juba, claiming their interests allegedly were not respected. On Saturday, the protesters threatened to separate the East of the country if their requirements are not met.

The country's largest port, Port Sudan, an airport, and a railway station have been blocked by the protesters from the high council of the Beja tribes since late September.

They also blocked the road between the capital of Khartoum and Port-Sudan, and the oil pipeline connecting Khartoum and the town of Haiya is suspended.

The peace agreement between the transitional government of Sudan and armed groups was signed in the capital of South Sudan, Juba in October 2020. The document entails sharing power and natural resources with former militants who also must be included in the national army and federal and local authorities.