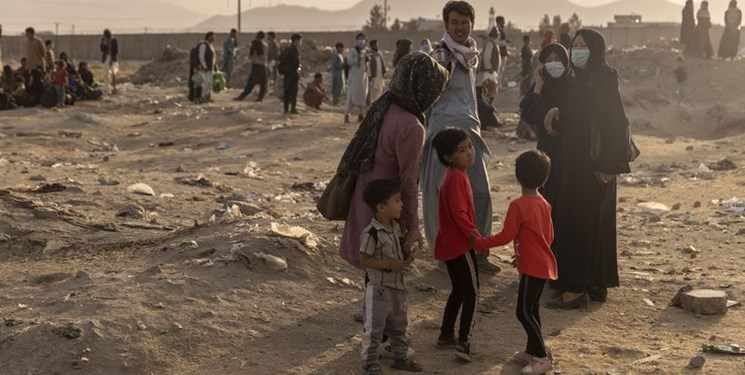 TEHRAN (FNA)- Congressional Republicans are fuming in the wake of reports that over 500 Americans and legal permanent residents may still be trapped in Afghanistan –far above the ‘100-200’ figure being pushed by the White House, over two months after the administration promised to get them home.

Congressional sources have told multiple media outlets that the State Department had briefed them about being in contact with 363 American citizens and over 170 permanent residents inside Afghanistan, with 176 US nationals reportedly wanting to leave the war-torn country, Sputnik reported.

This week, State Department spokesman Ned Price announced that the administration had facilitated the evacuation of 234 US nationals and 144 legal permanent residents out of Kabul in the two months since the US formally wrapped up its evacuation operation on 31 August. He also noted that an unspecified “additional number” of Americans and LPRs got out of the country independently by plane or by crossing a land border.

In late August, Secretary of State Antony Blinken insisted that only “a small number of Americans, under 200 and likely closer to 100”, were in the country and wanted to leave. Price repeated the “100 to 200” figure, even after announcing the figure that closer to 400 US nationals and permanent residents had been pulled out.

On August 20, President Joe Biden promised that “any American who wants to come home, we will get you home”.

On August 31, he boasted that the “bottom line” was that “90 percent of Americans who wanted to leave were able to leave”, pointing to a figure of 5,500 US nationals taken out of the country by that time.

Congressman Darrell Issa, a California Republican who has focused on evacuating individual US nationals from the war-torn country in recent weeks, accused the administration of moving the goal posts with its estimates.

“What we long suspected is now confirmed: What the White House calls a historically successful airlift was in reality the worst-ever betrayal of American citizens in a foreign land,” Issa suggested, speaking to Fox News on Saturday.

“So they lied about it from the beginning,” he added.

GOP Senator Ben Sasse of Nebraska echoed Issa’s complaints, pointing out that the administration’s “official number was ‘about a hundred’ and it magically never changed,” and that even “as Americans slowly got out the total number never went down”.

More than 122,000 people, including tens of thousands of Afghan nationals who collaborated with US and NATO forces during their nearly 20 year war in Afghanistan, were airlifted out of Kabul in the second half of August after the country fell to the Taliban. Along with its own citizens, the United States is reported to have taken in about 60,000 of the Afghan nationals airlifted out.

The evacuation operation has been tinged with controversy amid reports that the Central Intelligence Agency played a major role – selecting as many as a third of the 60,000 Afghan nationals evacuated in the last two weeks of August. This reportedly included 7,000 ex-commandos suspected of war crimes, and members of their families.

Following their defeat of US and NATO-backed forces, the Taliban has promised not to harm Americans stuck in Afghanistan, and agreed to let them leave the country at will. Afghans have also been allowed to leave, although the Taliban has sought to recruit administrators and military officials from the previous country to help stabilise and rebuild the country.