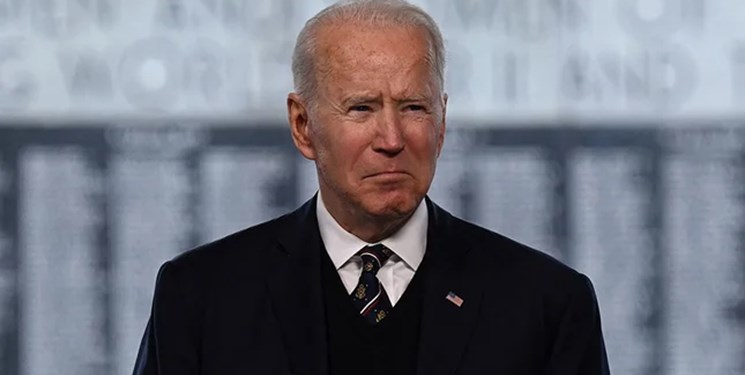 TEHRAN (FNA)- President Joe Biden’s approval rating has dipped to a new low of 43.4 percent in FiveThirtyEight’s average of polls as he works through a legislative logjam on Capitol Hill involving two spending bills that are key to his agenda.

Biden’s disapproval rating as president also reached an all-time high in FiveThirtyEight’s average, coming in at 50.7 percent on Friday, The Hill reported.

The president’s approval rating has been on a steady decline since July, when the delta variant started spreading rapidly throughout the US, catapulting the country into the latest wave of COVID-19 infections.

His approval sank in August amid the US’s messy withdrawal from Afghanistan, which ended with the fall of Kabul to the Taliban and the death of 13 American service members in a suicide bombing.

The president is now facing heat at home for the domestic battle taking place on Capitol Hill involving the $1 trillion bipartisan infrastructure bill and multi-trillion dollar domestic spending package, which includes key investments in child and health care, among other initiatives.

Biden and Democratic leaders had hoped to approve the Senate-passed bipartisan infrastructure bill last month, but that goal was stymied by the progressive wing of the party, which refused to hold a vote on the legislation unless it was accompanied by the larger reconciliation package.

Congress is now looking to hold a vote on the bipartisan infrastructure bill and approve framework for this reconciliation package this week. Biden last week, during a CNN town hall, said he thinks negotiators are close to a deal on his Build Back Better agenda.

A Fox News poll released last week found that 53 percent of registered voters are extremely concerned about inflation and higher prices, while no other issue listed topped 50 percent among respondents' concerns.