Sudan's Military Leader Says PM Being Kept at His House 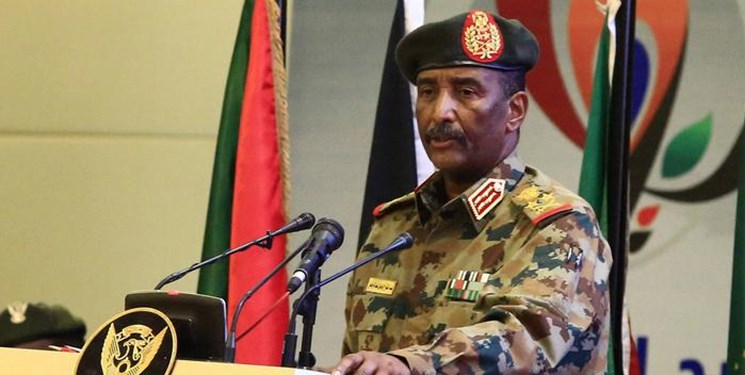 TEHRAN (FNA)- Sudanese General Abdel Fattah Abdelrahman Al-Burhan revealed that Prime Minister Abdalla Hamdok and other politicians were spirited away to avoid a "civil war" erupting in the country.

Burhan promised that Hamdok would return home today, with the general noting that the prime minister had been kept at his house for his own safety. The general additionally denied the claims that the events of October 25  were a "coup", Sputnik reported.

"The prime minister was at home [under house arrest] but we were afraid that he might get hurt, so now he is at my home. He's fine, living a normal life. When the situation calms down and there will be no threats against him, he can return to his home," he added..

The Sudanese military leader laid full blame for the ongoing events in the country on the "political forces" there, claiming that the military offered Hamdok three options to resolve the crisis.

Al-Burhan noted that the military agreed to multiple initiatives by Hamdok, but the "forces of freedom and change" refused to engage with them in the end.

Burhan stressed that the prime minister's last initiative had been "stolen" and that military issues had been discussed instead. The general said that the Sudanese armed forces felt they were the targets of hostility over the past week.

General Abdel Al-Burhan also laid out the future plans of the military, promising that they still aim to transition to a civilian government, however, some changes will take place. Namely, a new prime minister will be "appointed" and a new Sovereign Council, as well as a cabinet will be formed. The latter will feature "real representation from all states" and will not have "typical politicians", the general promised.

Burhan also announced the formation of judicial bodies in the coming days, as well as the legislature, which will include "young participants from the revolution".

The general further promised a gradual restoration of internet services in the country and lifting of martial law as soon as the new government is formed.

Disruptions to internet services and the introduction of a state of emergency came on October 25 soon after the Sudanese military detained and took Prime Minister Hamdok to an undisclosed location over his alleged refusal to back the "coup" by the armed forces.

The transitional government strongly objected to the actions led by Burhan, calling for a nationwide strike and protests against the actions by the military.

Many foreign countries also expressed concern about the events unfolding in the African country.

The US called for the release of all politicians and paused the delivery of $700 million in emergency economic aid to Sudan until a civilian government is restored in the country.