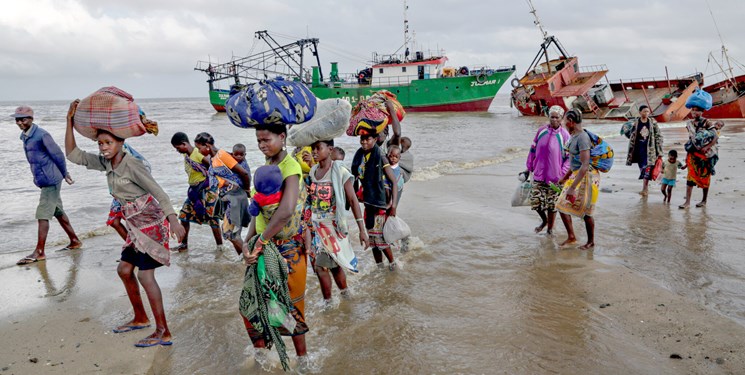 TEHRAN (FNA)- Lower income countries spend five times more on debt than coping with the impact of climate change and reducing carbon emissions, according to a leading anti poverty charity.

Figures from Jubilee Debt Campaign show that 34 of the world’s poorest countries are spending $29.4bln (£21.4bln) on debt payments a year compared with $5.4bln (£3.9bln) on measures to reduce the impact of the climate emergency, The Guardian reported.

Uganda said it would spend $537mln between 2016 and 2020, including funds from international agencies and donors, on climate related projects to adapt the country’s infrastructure and deal with climate emergencies.

And Uganda is not the only low income country that will need to find extra cash to pay debt interest over the next four year, the charity said. By 2025, Jubilee Debt Campaign estimates the 34 countries covered in the research will be spending seven times more on debt payments than limiting the impacts of climate change.

Heidi Chow, executive director of Jubilee Debt Campaign, said lower income countries will be raising the impact of debt on their ability to tackle climate change at Cop26 meeting in Glasgow this weekend.

“Lower income countries are handing over billions of dollars in debt repayments to rich countries, banks and international financial institutions at a time when resources are desperately needed to fight the climate crisis,” she said.

“In Glasgow, wealthy polluting nations need to stop shirking their responsibilities and provide climate finance through grants, as well as cancel debts,” she added.

Over the last 20 years international bodies including the World Bank and the International Monetary Fund (IMF) have encouraged developing world countries to fund development projects using bank loans and bonds.

Borrowers expected interest rates to fall over time as they became trusted to make regular repayments. But low income countries still regularly pay more than 10% interest on loans compared to an average 1.5 to 2.5% paid by rich countries.

During the pandemic, the IMF has provided insurance to lower a proportion of the debt interest paid by low income countries, though the scheme does not cover funds owed to China.

The charity said it checked the debt payments of 34 countries and budget commitments supplied to the United Nations Framework Convention on Climate Change that show plans illustrating what they expect to spend if they receive international funding and what they will invest from their own domestic resources.

Ausi Kibowa, from the Southern and Eastern Africa Trade Information and Negotiations Institute (SEATINI), based in Uganda, said, “Owing to the immense financial pressure on Uganda from the debt crisis, the Ugandan government is unable to spend what is need to protect people from the damage inflicted by climate change."

“Furthermore, it is intensifying fossil fuel extraction in order to pay the debt. To address climate injustice, debt relief must be part of the forthcoming UN climate talks,” Kibowa added.

Rich countries were expected to provide funding worth $100bln a year to developing countries to help deal with and limit climate change. The commitment was made at the UN climate talks in Copenhagen in 2009.

Earlier this week, Alok Sharma, the UK cabinet minister who will preside over Cop26, said the target will be met in 2023.

However, Jubilee Debt Campaign said that of the climate finance given so far, over two-thirds is loans, “further increasing the debt crisis in lower income countries”.

Former Maldives President Mohamed Nasheed, representing the Climate Vulnerable Forum of 48 countries that are home to a billion people, said many countries were becoming overwhelmed by their foreign debts.

“We are so threatened that we might not have an island or a country much longer, so it’s hardly possible for us to pay the debt if we are not around. Is it not then reasonable for climate vulnerable countries to call upon debt holders to restructure their debt?” he added.