Salina Khan: Capitalism Sees Women Valuable If They Are Profit-Makers 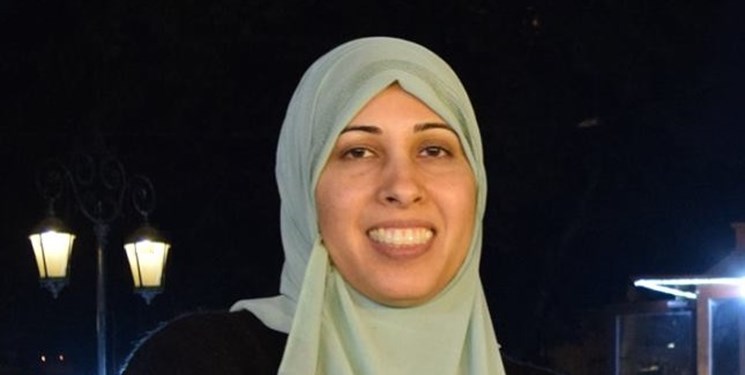 Speaking in an interview with FNA, Salina Khan said, “Capitalist societies promote the wealth-creating woman as the model of success and female empowerment as opposed to the human-creating and nurturing woman. Thus, caregiving tasks women are biologically created to do, such as birthing and raising children, are neither valued nor compensated.”

Salina Khan is a US-based journalist and blogger. She has a Master’s degree from Northwestern University’s Medill School of Journalism and worked at USA Today as a business travel reporter.

Q: How are people viewed and treated by capitalistic governing systems?

A: More than the 1%, it is the 0.01% (annual income of $7 million+) that control affairs in the US, which is an oligarchy masquerading as a democracy, according to its own political scientists. A well-known study by Princeton and Northwestern universities’ found that "economic elites" influence policies in the United States while average citizens "have little or no independent influence." Even during the pandemic, US billionaires' wealth skyrocketed 55% while the average American struggles to put food on the table. This is because the capitalist system that this country is run-on is based on exploitation of labor in order to concentrate wealth in the hands of the top few. They do this by paying workers less than the value that they produce, forcing them to borrow money from them to survive. The combination of usury on loans and the uncompensated value that is consumed by the employer or capitalist is what ends up concentrating wealth in the hands of the few. The institutional mechanism today that enables such a system to function is called fractional reserve banking; the latter is a partnership between those who make the laws and those who hog all the value, and as those who hog all the value become richer and richer, they actually become the ones who make the laws. This system serves the elite, whether they be men or women. It hurts everyone else, whether they be men or women.

Q: How is justice served if people, especially women, are mistreated in a capitalistic system?

A: The police and law enforcement are an intrinsic part of the capitalist system and are responsible to protect property and maintain order in society. Indeed, dissatisfaction and rebellion is expected in a society where capitalists like Amazon's Jeff Bezos are on pace to become trillionaires while their workers live in poverty. To determine the police's role in American society today, it is important to study the origins of police here. In the North, the first police department was established to protect the shipments of the wealthy bourgeoisie in the port city of Boston. In the South, the original police were the slave patrols responsible for chasing and punishing runaway slaves and putting down revolts. Over the years as social tensions grew between the ruling class and ordinary folk demanding change--like unionized workers, civil rights protestors, and women's rights activists--police departments have swelled in funding, powers, and militarized equipment in order to maintain the status quo. As for women, they were never given any protection when fighting for equal rights. In fact, the police arrested, imprisoned, and tortured women involved in the suffrage movement. Today, women, especially those of color, suffer from police brutality like men do, though to a lesser extent, as highlighted in the #SayHerName campaign and are involved in efforts to defund and abolish the police.

Q: How are women valued, and their rights protected in a capitalist system?

A: A capitalist system values profit and wealth accumulation above all else. Everything right down to the human being (women included) is viewed as a profit center. And so, even organizations with a traditional social service role, like churches, universities, schools, community centers, and government agencies are only considered effective when they generate a profit. In the same way, women are expected to make money and not valued in society unless they are doing so. Capitalist societies promote the wealth-creating woman as the model of success and female empowerment as opposed to the human-creating and nurturing woman. Thus, caregiving tasks women are biologically created to do, such as birthing and raising children, are neither valued nor compensated. In the Islamic system, on the other hand, motherhood is highly valued in and of itself ("Heaven lies under the feet of the mother." --Prophet Muhammad [PBUH]) and the husbands are responsible for making money.