Iran: Groundwork Not Laid for US Return to N. Deal 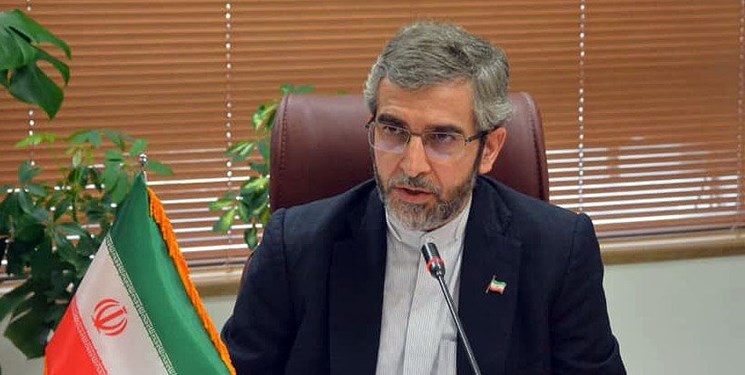 TEHRAN (FNA)- Iran confirmed its agreement to continue nuclear deal talks with the Group 4+1, but meantime, said that the groundwork has not yet been laid for the US return to the nuclear deal.

He called these talks serious and constructive, saying, "The lifting of oppressive sanctions against the Iranian people will be the main agenda of the talks."

Baqeri Kani said that Iran will continue talks with the G4+1 (China, Russia, Britain and France plus Germany), and the groundwork has not yet been laid for the Americans to be able to return to the JCPOA.

In response to US officials' remarks that Iran should seek answers to its questions from the US, not Europe, he said that the European Union is the coordinator of the JCPOA Joint Commission.

"We had such talks in previous periods [with EU], and now in the continuation of the same talks, he [Enrique Mora] plays the role of coordinator of the G4+1 and Iran, and these talks have been formed on that basis."

"Our talks with the G4 + 1 will actually take place in November," he added.

Earlier on Wednesday, Baqeri Kani had said that Tehran and the EU had agreed to resume talks aimed at lifting the US sanctions against the country before the end of November.

Baqeri Kani wrote on his twitter page on Wednesday that he “had a very serious and constructive dialogue with Enrique Mora (the European Union’s deputy foreign policy chief ) on the essential elements for successful negotiations”.

“We agree to start negotiations before the end of November. Exact date would be announced in the course of the next week,” he added.

Baqeri Kani’s affirmation concerning Iran’s intention to rejoin the negotiations came although some American media outlets earlier alleged that the Islamic Republic had turned down a proposal for a meeting by the UK, France, and Germany.

The US re-introduced the sanctions against Iran in 2018 after leaving the Joint Comprehensive Plan of Action (JCPOA), a historic nuclear agreement that had lifted the inhumane economic bans in return for some voluntary restrictions on Iran’s peaceful nuclear energy program.

Following a year of strategic patience, Iran resorted to its legal rights stipulated in Article 26 of the JCPOA, which grants a party the right to suspend its contractual commitments in case of non-compliance by other signatories and let go of some of the restrictions imposed on its nuclear energy program.

Iran and the remaining parties to the JCPOA have held six rounds of talks in Vienna, which began after the US administration of Joe Biden voiced a willingness to rejoin the nuclear agreement, to examine the prospect of the bans’ fresh removal.

The talks were, however, put on hold in the run-up to Iran’s presidential elections in June so that the Islamic Republic could go through a period of government transition.