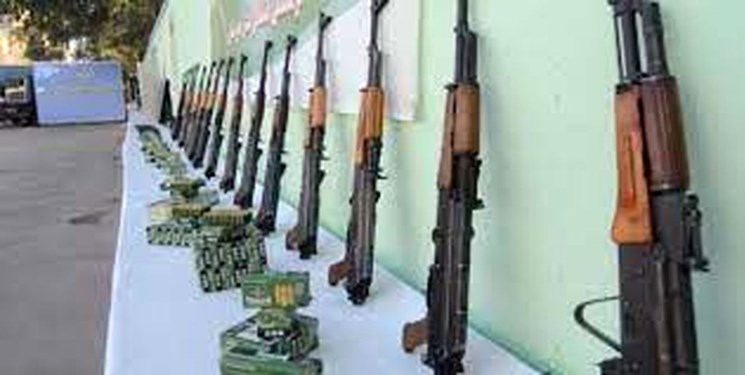 TEHRAN (FNA)- Security and intelligence forces in Iran dismantled 78 gangs in the first 6 months of the current Iranian year (started on March 21) which smuggled weapons and ammunition to the country.

In the latest related development in September, the Iranian intelligence forces confiscated a weapons cargo in Khuzestan province, Southwestern Iran.

Also, in July, the Islamic Revolution Guards Corps (IRGC) ground forces had discovered and seized a large shipment of pistols from terrorists in Southeastern Iran.

The public relations office of the IRGC Ground Force’s Quds Base announced in a statement that its forces have discovered and seized a shipment of weapons in the Southeastern region of Saravan in Sistan and Balouchestan province.

It added that 34 handguns with relevant ammunition were seized by the Quds headquarters forces in Saravan border region.

The statement also said that the terrorist groups intended to use these weapons to destabilize the region, but thanks to the vigilance of the IRGC forces, they failed to carry out terrorist and sabotage acts.