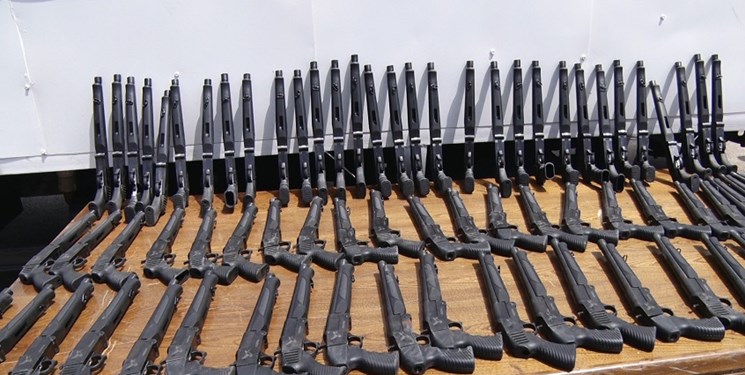 TEHRAN (FNA)- Iranian border guards dismantled an arms-smuggling gang in the Northwestern parts of the country.

Border guards of the Urmia province's border regiment managed to prevent the entering of a shipment of illegal weapons to the country by taking timely action, Commander of Iran's Border Guards Police Brigadier General Ahmad Ali Goudarzi said on Tuesday.

He added that the border guards seized 240 weapons, including 175 hunting rifles, 65 pistols and 6 boxes of weapon accessories during the operation.

The commander said that the traffickers fled the scene, adding that efforts are underway to identify and arrest them.

Security and intelligence forces in Iran have dismantled 78 gangs in the first 6 months of the current Iranian year (started on March 21) which smuggled weapons and ammunition to the country.

In the latest related development in September, the Iranian intelligence forces confiscated a weapons cargo in Khuzestan province, Southwestern Iran.