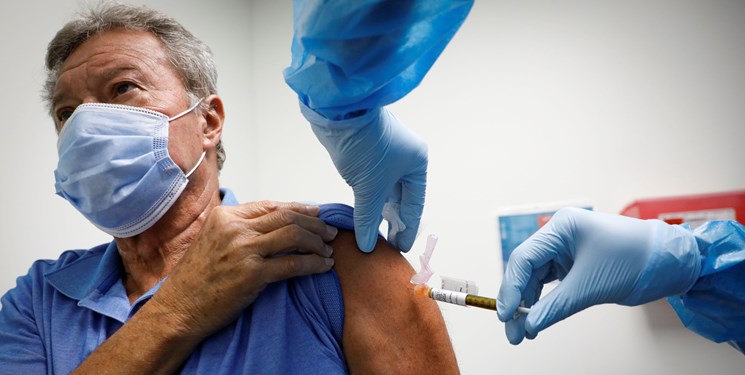 TEHRAN (FNA)- All three COVID-19 vaccines available to Americans lost some of their protective power, as the Delta variant became the dominant strain of the coronavirus across the United States.

The COVID vaccine efficacy among a large group of veterans dropped between 35% and 85%, according to a new study, World News reported.

Researchers who scoured the records of nearly 800,000 US veterans found that in early March, just as the Delta variant was gaining a toehold across American communities, the three vaccines were roughly equal in their ability to prevent infections. But over the next six months, that changed dramatically.

By the end of September, Moderna’s two-dose COVID-19 vaccine, measured as 89% effective in March, was only 58% effective.

The effectiveness of shots made by Pfizer and BioNTech, which also employed two doses, fell from 87% to 45% in the same period.

Most strikingly, the protective power of Johnson & Johnson's single-dose vaccine plunged from 86% to just 13% over those six months.

The findings were published in the latest issue of the journal Science.

The three vaccines held up better in their ability to prevent COVID-19 deaths, but by July — as the Delta variant began to drive a three-month surge of infections and deaths — the shots' effectiveness on that score also revealed wide gaps.

Among veterans 65 and older who were inoculated with the Moderna vaccine, those who developed a so-called breakthrough infection were 76% less likely to die of COVID-19 compared with unvaccinated veterans of the same age.

Older veterans who got the Pfizer-BioNTech vaccine and subsequently experienced a breakthrough infection were 70% less likely to die than were their unvaccinated peers.

When older vets who got a single jab of the J&J vaccine suffered a breakthrough infection, they were 52% less likely to die than their peers who didn't get any shots.

For veterans younger than 65, the Pfizer-BioNTech and Moderna vaccines provided the best protection against a fatal case of COVID-19, at 84% and 82%, respectively. When younger veterans inoculated with the J&J vaccine suffered a breakthrough infection, they were 73% less likely to die of COVID-19 than were their unvaccinated peers.

The US Centers for Disease Control and Prevention (CDC) has recommended booster shots for everyone who got the Johnson & Johnson vaccine at least two months earlier.

Boosters are also recommended six months after a second dose of the Moderna or Pfizer vaccines for everyone 65 and older; those with medical conditions that make them more vulnerable to a serious case of COVID-19; those who live in nursing homes or other group settings; and those who live or work in high-risk settings such as hospitals or prisons.

In addition, all people with compromised immune systems are advised to get a booster shot if it's been at least 28 days since their vaccine took full effect.