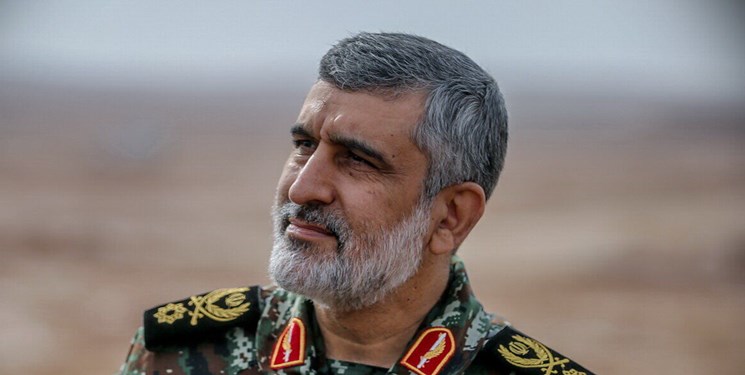 "The enemies' persistence to persuade Iran to negotiate on its missile capability was an indication of Iran’s competence in this filed," General Hajizadeh said, addressing a ceremony to commemorate the late Martyred General Hassan Tehrani Moqaddam on Thursday.

He reiterated that the enemies' years-long sanctions on Iran’s arms deals failed.

"They didn’t let Iran to import weapons, but now they sanction Iran to stop its exports," General Hajizadeh said.

He said that Iran owed its competence in aerospace defense capability to people like martyr Tehrani Moghaddam and the way such people worked should be a pattern in any other sector, such as economy, culture and politics.

In relevant remarks in late October, General Hajizadeh warned that any adventurist move no matter at what scale will be rigidly responded.

"We will give a crushing and unforgettable response to any threat against our country," General Hajizadeh said in a meeting with foreign countries’ military attaches in Iran.

“Those countries that have assumed that their security can be guaranteed by the Zionist regime are making a grave mistake,” he added.

In relevant remarks in mid-October, Iranian Navy Commander Rear Admiral Shahram Irani underlined that his forces will strongly stand up against enemies and give a rigid response to any threat and wrong move against the country's territorial waters.

"Thanks to the extreme power of Iran’s navy in the international arena, the enemy does not dare attack Iran’s maritime borders,"  Admiral Shahram Irani said on Monday, addressing staff and personnel of Bushehr Maritime Base.