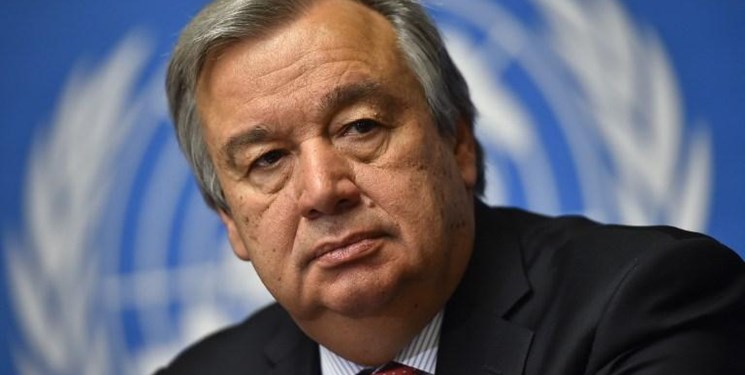 TEHRAN (FNA)- UN Secretary-General Antonio Guterres said the participants of the COP26 climate summit in Glasgow failed to reach an agreement on a number of important climate targets.

"The #COP26 outcome is a compromise, it reflects the interests, the contradictions and the state of political will in the world today. It's an important step, but it's not enough," Guterres stated on Saturday, RIA Novosti reported.

He called for an acceleration of climate action, in order to maintain the goal of limiting global temperature rise to 1.5 degrees.

"It’s time to go into emergency mode. We must end fossil fuel subsidies, phase out coal, put a price on carbon, protect vulnerable communities from the impacts of climate change," Guterres emphasized.

"We did not achieve these goals at this conference, but we have some building blocks for progress," he added.

According to Guterres, the absolute priority must be to limit greenhouse gas emissions, bringing them down by 45 percent in the next ten years (as compared to the level of 2010).

The COP26 climate summit was held in the Scottish city of Glasgow on October 31 - November 12. It was organized to help reach meaningful commitments to fulfill the goals set out by the 2015 Paris Agreement on greenhouse emission reduction, carbon neutrality, global warming and climate finance.

According to the negotiated text published on Saturday, COP26 participants agreed to phase down coal, work on ending fossil fuel subsidies and adhere to a common timeframe on emission reductions.

"There is still a huge amount more to do in the coming years. But today’s agreement is a big step forward and, critically, we have the first ever international agreement to phase down coal and a roadmap to limit global warming to 1.5 degrees," UK Prime Minister Boris Johnson stated on Saturday.

The UK pledged to continue to push for greater action on reducing emissions and supporting developing countries, until Egypt takes over COP presidency.

On Saturday, teenage Swedish climate activist Greta Thunberg wrote on Twitter that her "brief summary" of the COP26 results was "Blah, blah, blah".

Earlier this week, Thunberg called on Guterres to declare the world climate crisis a level three global emergency, which is the highest on the United Nations scale, to match the response to the COVID-19 pandemic.