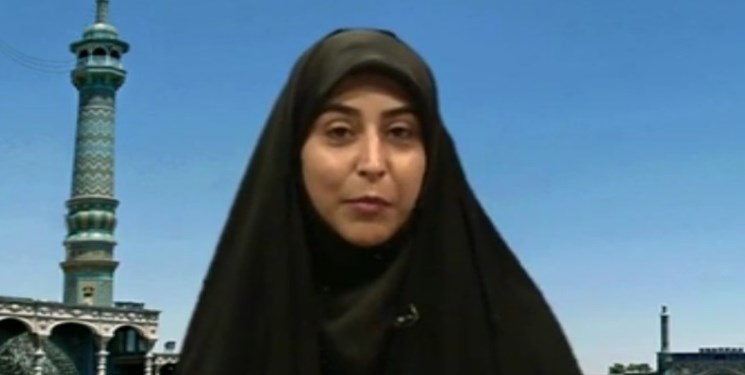 TEHRAN (FNA)- Razieh Shameli, university lecturer and researcher, says as capitalism’s ultimate target is to make profit for businesses and private sector, it fails to care for protection of women.

Speaking in an interview with FNA, Dr. Shameli said, “To fit in such a capitalist state, women need to pursue high education, work long hours away from home and postpone their marriage and child bearing until their mid-thirties. Working mums, have their additional share of problems and challenges. The minds of such mums are always engaged and in turn this lowers their mental health and creates stress and tension in their life.”

Q: Do you believe the legislative body of a capitalistic system of government can introduce and/or pass bills for women, if not against them?

A: Answering this question pretty much depends from whose perspective you are looking at the issue and what standards they have when supporting a bill.

From the materialistic and capitalistic point of view, any bill which will bring about more wealth and power to an individual (be it a man or a woman) and more profit for businesses in the private sector is considered worth fighting for. The well-being of women or the society in a larger scale seems to be neglected.

The feminists, as a group fighting for women’s rights and persuading government and political powers to pass bills in women’s favor, claim that they demand equality of rights whereas capital systems need inequality to function well and thrive. The New feminists are of the idea that they are fighting not just gender-based discrimination but are fighting for the equality of all in a society, regardless of their race, face, gender, income and education. They are of the idea that men have been the ones who have had the most gain in capitalist systems.

Q: How do you believe women’s rights could be violated in a capitalistic system of government?

A: Money and power are two key factors in a capitalist state and it goes without saying that money equals power.

The more the production in factories, the more people occupied in factories, and the better the advertising companies sell products, the higher the consumption of goods, the more money and profit gained by the capitalist state.

This goes without saying that there will also be:

Rapid destruction of planet earth as our habitat.

They negatively influence the lives of all people, including women.

All this entails a large labor force, inviting women to join. In this system, outside work is considered a value and bonus for women and household chores are regarded in contempt.

To fit in such a capitalist state, women need to pursue high education, work long hours away from home and postpone their marriage and child bearing until their mid-thirties. Working mums, have their additional share of problems and challenges. The minds of such mums are always engaged and in turn this lowers their mental health and creates stress and tension in their life.

Q: Why does the Western mainstream media, which themselves use women as a means of promotion of goods and services, advocate that women's rights are not protected in Muslim countries?

Having more individualistic pleasure, joy, wealth and power are all a value in the Western outlook. Islam also considers material pleasure as important in a person’s life, however, one’s honor, human status and other-worldly happiness also play a pivotal role.

In the Western approach, a woman has the right to prostitution and abortion whereas in the Islamic approach, aborting a 4-months-old fetus and older is considered as killing a person.

Islam does not advocate identical rights for men and women. Instead it supports fair and just rights for the two sexes. Feminism, on the other hand believes in the equality (similarity) of the rights of men and women.

1400 years ago, as in some parts of the world, women were not even considered as human beings, Islam gave women the right to educate, own their property and wealth and even to pledge allegiance with the ruler of their time. The right to vote and own one’s wealth had not been granted to women in Western countries until two or three centuries ago.

Despite the existence of certain rights in Western societies, you still see that in practice, some of these rights are not implemented in the everyday lives of people. For instance, there are still businesses that pay women less than their male counterparts. Or according to statistics, despite the belief in equal roles of men and women in the family, working women still do the larger share of household tasks.

On the other hand, the conduct of Muslims will have to be differentiated from the teachings of Islam. Sometimes, people look at the attitude of the Muslims and link that to the teachings of Islam. One’s understanding of religion, culture, the way individuals are brought up, one’s personality and so many other factors make one act in a certain way.

Having said all that, it now makes more sense why Western mainstream media depicts a negative view of women’s rights in Islam.