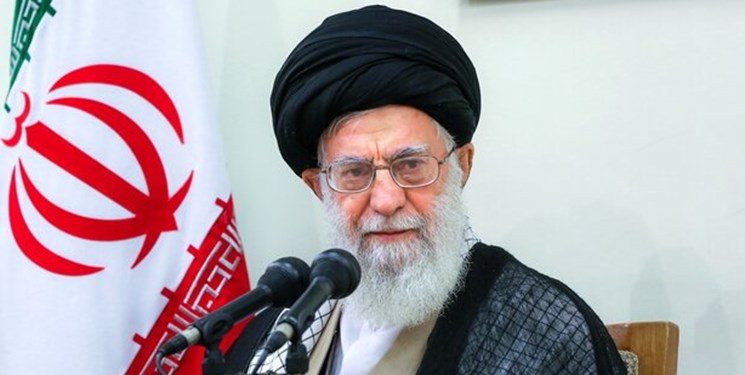 TEHRAN (FNA)- Supreme Leader of the Islamic Revolution Ayatollah Seyed Ali Khamenei warned that the colonial powers are attempting to persuade nations into ignoring their talents, and further stressed the need for officials and people to pay more attention to internal capabilities.

Ayatollah Khamenei made the remarks in Tehran on Wednesday, addressing a group of Iranian academic elites and top talents in science.

He stressed the destructive role colonialism has always played in keeping other nations back by trying to persuade them “to ignore their talents”.

“An important part of the colonizers’ soft warfare is causing nations to ignore their talents. They keep repeating to a nation that it cannot do anything until that nation itself denies its talents,” Ayatollah Khamenei said.

He noted that when a nation becomes negligent of its capabilities, it becomes easy to plunder that nation, saying, “There were great civilizations in Africa that were completely destroyed due to their neglect of their capabilities and due to the soft war the colonizers waged against them. In his memoirs, Nehru points to this fact and how the British destroyed the industry of self-reliant India.”

“The momentum of our scientific growth should be such that in 50 years’ time, Iran will become a global source of science and other nations will feel the need to learn Persian to access new sciences. This was once the case; our scientists topped in science and this can happen again.”

“Artificial Intelligence will play a role in managing the future of the world. This should be seriously taken into consideration. We should at least be among the top 10 countries of the world in this field,” he stressed.

Ayatollah Khamenei had also in a message on the occasion of the Persian New Year in March stressed the need for surge in production, government’s support for producers and removing obstacles in the way of domestic production.

In his message, he described the (past Iranian) year 1399 as the year of manifestation of the Iranian nation's capabilities both in face of COVID-19 virus and in confronting the enemy's maximum pressure.

“Today the enemies openly acknowledge that the 'maximum pressure' has failed,” he stated.

Ayatollah Khamenei underlined that the slogan of the New Year is “Production: support and elimination of obstacles”.