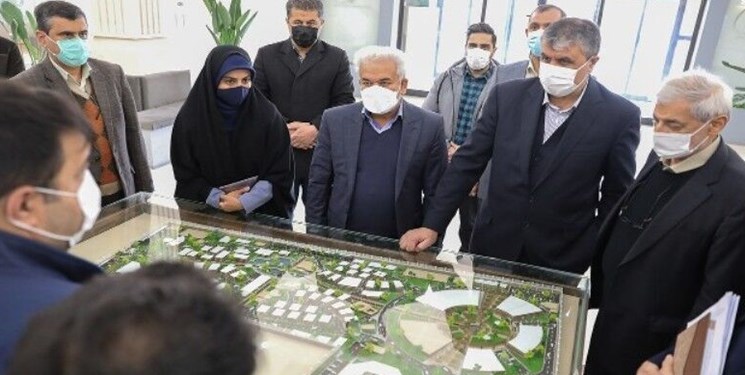 TEHRAN (FNA)- Head of the Atomic Energy Organization of Iran Mohammad Eslami underlined that the expansion of accelerators is among AEOI's main priorities.

“The deficiencies must be identified and the AEOI will support the projects wherever it is needed. The projects need time schedule so that the affiliated companies and those whose work is related to this project will offer the technical support, parts manufacturing, executive affairs, and the required commercial and financial activities,” Eslami said.

He said if the AEOI will expand its radiation centers it will be a great contribution to Iran’s exports.

"According to the Parliament's 'Strategic Action Plan to Counter Sanctions and Protect Rights of the People' law, we were tasked with producing 120 kg of 20-percent enriched uranium, while now we have exceeded 210 kilogram," Kamalvandi said.

He also added that the AEOI has already produced 25kg of 60-percent enriched uranium.

Amid the indifference of the JCPOA parties to continued US violations of the JCPOA, in December 2020, the Iranian Parliament passed the Law on 'Strategic Action Plan to Counter Sanctions and Protect Rights of the People' that prompted the Iranian administration to restrict the IAEA’s inspections and accelerate the development of the country’s nuclear program beyond the limits set by the 2015 Iran nuclear agreement.