Tim Anderson: US Occupation of Iraq, Syria “Fragile” after failure in Afghanistan 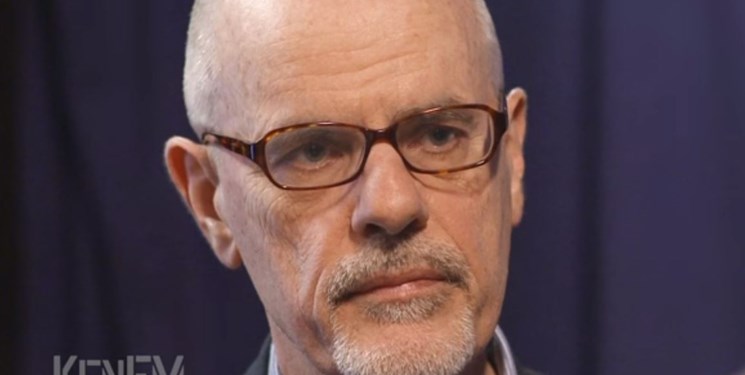 TEHRAN (FNA)- Tim Anderson, author and political commentator, says Washington’s hasty withdrawal of the forces from Afghanistan highlights the trend that it is pulling back from its direct occupations in West Asia.

Speaking in an interview with FNA, professor Anderson said, “The multiple failures and their costs, leading to the idea of a strategic, partial withdrawal, was argued strongly by Trump in 2016... Biden has inherited the Bush-Obama-Trump ‘New Middle East’ plan and with it the internal debate of what to do about a series of failing wars. The evacuation from Kabul airport shows us that the faction which has argued for adaptation to defeat is slowly gaining the upper hand.”

Tim Anderson, PhD, is an Australian academic and activist. He was a senior lecturer at the University of Sydney and the author of several books on independent development and anti-imperialism.

Q: How do you view the US military presence in West Asia after its failure in Afghanistan?

A: Washington’s withdrawal from Afghanistan is the first move in a wider, partial strategic retreat, not only from Afghanistan, but also from the failing wars against Iraq, Syria and Yemen. This shift is also opening up differences between Washington and Israel; both want to disempower Iran, leader of the emerging resistance bloc, but the Israelis are more desperate to avoid or prevent any retreat by US occupation forces. Yet, the US may eventually accept pulling back from its direct occupations in several countries, relying on proxy terrorism, missile attacks and economic warfare, delegating greater destabilisation roles to the Saudis, Turkey and the proxies ISIS, the MKO and HTS.

The multiple failures and their costs, leading to the idea of a strategic, partial withdrawal, was argued strongly by Trump in 2016. Though, he was unable to act as he had argued; this was not just one man’s idea. Biden has inherited the Bush-Obama-Trump ‘New Middle East’ plan and with it the internal debate of what to do about a series of failing wars. The evacuation from Kabul airport shows us that the faction which has argued for adaptation to defeat is slowly gaining the upper hand. Perhaps the most articulate US voice for strategic retreat has been former Colonel and military historian Douglas McGregor, appointed by Trump as a special advisor in late 2020. In January 2020 McGregor told Fox News: despite some counter-arguments, the US had “no vital strategic interest” to stay in Syria and Iraq: “that war is over and we lost it; Iran is a winner, for the moment”. McGregor said that Turkey could be left to compete with Iran for control of Syria and Iraq, but that US interests “begin with a line that runs across the top of Israel, Jordan, Saudi Arabia, around Kuwait and down to the middle of the Persian Gulf”. That argument seems to be prevailing in the Biden regime’s withdrawal from Afghanistan. The occupations of Syria and Iraq are certainly subject to a similar review. At the same time the Saudis, after series of losses, are keen for a ceasefire with Yemen and have begun talking to Damascus. The failing Syrian and Iraqi occupations are fragile, closely linked and, in my opinion, will collapse within the next year or so. While the Biden administration has been sending mixed messages on Syria, it also seems to be backing away from the Trump position of punishing regional allies (the UAE, Bahrain) and blocking NGOs that wish to reopen relations with Damascus.

A: The Persian Gulf monarchies, like other collaborators, are seeing in the evacuation of Kabul the same lesson embedded in the failure of the war on Syria: that a big power on the other side of the world will eventually ruthlessly abandon its minions. That suggests strongly that regional players wishing to maintain their influence will have to revise relations with their neighbours, who never go away.

The separatist Kurd collaborators in the north east Syria are extremely worried and the Israelis are anxious, seeking reassurances of protection from Biden, in case Syria or Iran decide to respond to the repeated Zionist provocations. That is also why the UAE and Bahrain reopened relations with Damascus in 2018, and began some investments in Syria, even though Trump used those moves to blackmail them into ‘normalizing’ with the Israelis. It is also why the Saudis have reopened talks with Damascus.

Q: With US’ declining hegemony in West Asia, how do you foresee the future of international relations in this part of the world?

A: The original ‘New Middle East’ Plan, announced by Condoleezza Rice in Jerusalem al-Quds in 2006, was to destroy all independent political will in the region and thus form a US-led bloc (with the Israelis and the Saudis as lieutenants) which would either exclude Russia and China or at least dictate their terms of engagement.

Things have not turned out that way, because of resistance. The US knows very well it has been fighting losing-wars in Afghanistan, Iraq, Syria and Yemen. It has the capacity to do this for some time, but will eventually have to revise its goals. I believe it will probably settle for destabilization through its proxies and through its economic siege warfare (wrongly called 'sanctions') while pulling back its own occupation troops. This does not mean a retreat from the outposts in Israel, Jordan, Qatar and Bahrain but, in my view, it does mean an eventual withdrawal of US occupation forces from Syria, Iraq and Yemen.

It is clear that the role of Russia and China in the West Asian region has increased in recent years, most obviously through the Russian role in Syria and China's more recent strategic agreements with Iran. The collapse of US influence in Afghanistan highlights this trend, as the Taliban version 2 has already spent some years in efforts at improved relations with both China and Iran. It is clearly in their interests to engage productively with those big neighbours. Better Afghan relations with those two, Washington’s big obsessions, further undermines the hegemonic New Middle East plan.