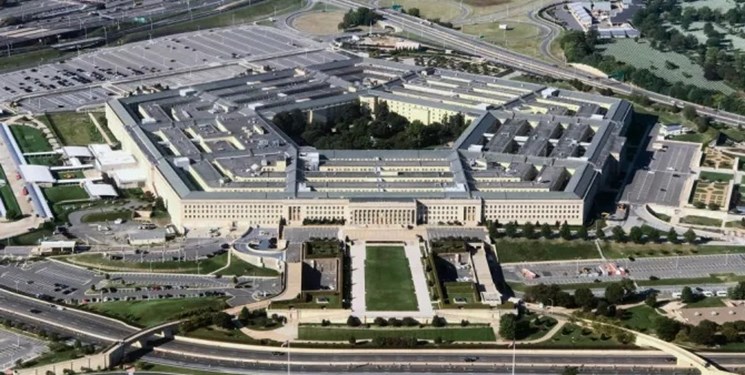 TEHRAN (FNA)- The US General Services Administration said Friday that the Defense Department has solicited bids from Amazon, Google, Microsoft and Oracle for cloud contracts.

The outreach comes after the Pentagon set aside a highly contested $10 billion contract that Microsoft had won and Amazon had challenged. The value of the new contracts is not known, but the Defense Department estimates it could run into the multiple billions of dollars, CNBC reported.

The new effort, known as Joint Warfighting Cloud Capability, or JWCC, appears like it will bolster the top global cloud infrastructure providers, Amazon and Microsoft, although it could also provide more credibility to two smaller entities.

“The Government anticipates awarding two IDIQ contracts -- one to Amazon Web Services, Inc. (AWS) and one to Microsoft Corporation (Microsoft) -- but intends to award to all Cloud Service Providers (CSPs) that demonstrate the capability to meet DoD’s requirements,” the GSA said in its announcement.

An indefinite delivery, indefinite quantity, or IDIQ, contract includes an indefinite amount of services for a specific period of time.

The GSA said only two US cloud infrastructure providers, Amazon and Microsoft, appear able to comply with all of the Pentagon’s requirements, which include “tactical edge devices” that can operate outside of traditional data centers and support all levels of data classification.

Amazon and Microsoft were the finalists for a single Joint Enterprise Defense Infrastructure, or JEDI, contract. That contract was meant for a single provider and was expected to be worth up to $10 billion over 10 years. Microsoft won it in 2019, Amazon filed a protest and the Pentagon canceled the contract in July.

Andy Jassy, currently Amazon’s CEO and previously head of AWS, argued that there was political interference in the award of the contract. Guy Snodgrass, who was speechwriter for former Defense Secretary James Mattis, asserted in a book that former President Donald Trump called Mattis and said to “screw Amazon” out of a chance to bid on JEDI. But the Pentagon’s inspector general determined the contract did not seem to have been influenced by the White House.

The JWCC differs from JEDI because it allows the Pentagon to rely on multiple cloud providers.

The Pentagon expects each of the IDIQ contracts to have a three-year base period and two year-long option periods.

“Oracle is delighted to be included in the Joint Warfighter Cloud Capability RFP,” Oracle Spokesperson Deborah Hellinger said, adding, “We are committed to delivering the highest level of security, performance, and value in enterprise cloud applications and cloud infrastructure in support of DOD’s Warfighter mission.”

Google Spokesperson Ben Jose pointed to a blog post from last week that said the company planned to pursue a bid for the military contract, noting the Pentagon is the world’s largest employer. CNBC reported Monday that executives attempted to tactfully address growing employee concern over the contract and previously established artificial intelligence principles, after employees protested against Google’s plans to bid on the JEDI contract.

“Our commitment to supporting our nation’s military and ensuring that our warfighters and defense partners have access to the best technology for the best value is stronger than ever,” an AWS spokesperson told CNBC in an email.

“We look forward to continuing to support the DoD’s modernization efforts and building solutions that help accomplish their critical missions,” the spokesperson added.