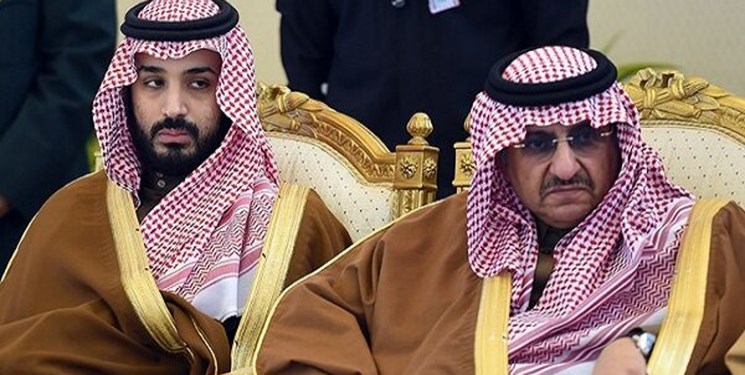 Opponents of the Saudi government outside the country have claimed the death of former Saudi Crown Prince Mohammed bin Nayef in prison, Saudileaks website reported.

Bin Nayef has died in prison since several days ago and the Saudi royal court has not yet announced his death and his body is in the morgue, the website quoted them as saying in their social media pages since yesterday.

Abdul Rahman Razi al-Sahimi, a Saudi opposition figure, in a post on his twitter page called on Mohammed bin Salman to release footages of Mohammed bin Nayef’s presence in the jail with audio, video and exact date to prove that he is still alive.

Al-Sahimi stressed that the video should not be fake.

Earlier this year, Arab media sources had reported that bin Nayef was in critical conditions and close to death.

The Arabic-language al-Ahd al-Jadid twitter account quoted sources as saying in July that bin Nayef suffers severe diabetes and has not received any medication, and this has caused him to lose nearly 22 kilograms in weight.

He also suffers from severe depression and mental disorders, it added, noting that bin Nayef has been severely tortured, his legs have been tied off, two agents have beaten him causing bruises all over his body, he has been deprived of sleep and left with his hands and feet tied and blindfolded for several days.

Bin Nayef is actually experiencing a gradual death and the aim is to make his death look natural, al-Ahd al-Jadid wrote, adding that that the Saudi prince is in critical conditions and his imminent death is likely.

Bin Nayef, 62, was Saudi Arabia's crown prince and interior minister. Having survived four assassination attempts, he was arrested in March 2020 by bin Salman as the de facto Saudi leader, also known as MBS, moved to consolidate power and sideline rivals.

Bin Nayef was detained without charge. A source familiar with the matter told NBC News late in June that there is evidence bin Nayef was held recently at a government compound next to the al-Yamamah Palace in Riyadh, the official seat of the Saudi royal court, just a few hundred yards from where MBS hosts foreign dignitaries.

Two people familiar with his situation, who requested anonymity to avoid repercussions for bin Nayef, said he has lost more than 50 pounds and can no longer walk unaided. He suffered serious injuries to his feet from beatings, the two sources said, adding that pain medication for previous injuries was withheld.

"[He] is not allowed outside and is confined to his own area," one of the sources said. "During the course of the day, he does not see anyone and has not been allowed access to his personal doctor or legal representatives."