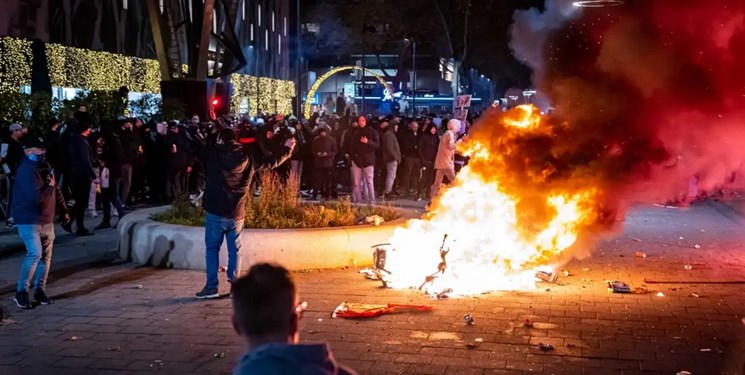 TEHRAN (FNA)- Prime Minister Mark Rutte of the Netherlands blasted the anti-COVID protesters fighting with police as “idiots” who are using violence under the guise of dissatisfaction.

“As a prime minister, as a liberal I will always defend demonstrations in this country as part of our democracy, of our rule of law. But what I will never accept is idiots who under the guise of ‘we are dissatisfied’ use pure violence against people who are working every day to keep this country safe,” Rutte said, RT reported.

He added that the scenes seen over the past few days were “nothing but pure violence”.

The Netherlands reintroduced a partial lockdown last week to fight the surge in COVID cases. That prompted another wave of demonstrations in major cities including The Hague and Rotterdam, with dozens arrested and several police officers injured.

The three-week partial lockdown means that restaurants and shops have to close earlier, and there are no spectators allowed at sports events. The government also angered many by announcing on Friday that there would be no New Year’s fireworks for the second year in a row.

Rutte earlier prompted further discontent by announcing plans to introduce a law that would allow businesses to restrict the country’s coronavirus pass system to only fully vaccinated people and those one who have recovered from COVID-19.