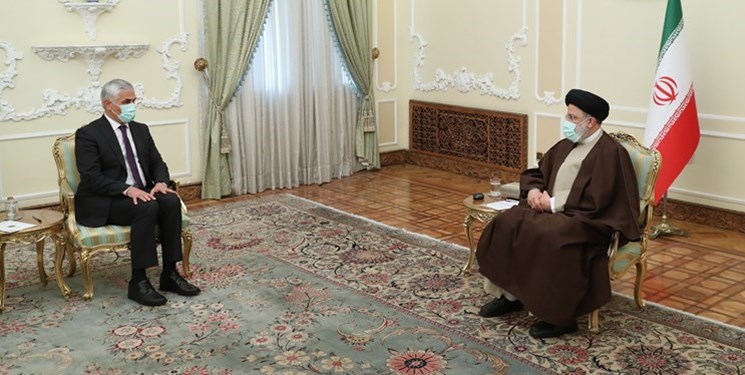 TEHRAN (FNA)- Iranian President Seyed Ebrahim Rayeesi in a meeting with Secretary-General of the Economic Cooperation Organization (ECO) Khusrav Noziri stressed Tehran’s special attention to the development of cooperation among the regional states.

“Any obstacles and problems on the way of the development of cooperation should be removed so that the economic exchanges and relations of the ECO member states can be carried out at a higher and superior level,” Rayeesi said in the meeting in Tehran on Tuesday.

"Each member of the ECO has a lot of economic potentials in various fields, the activation of which can lead to economic prosperity in the region," he added.

He emphasized that the Islamic Republic of Iran supports the activation and development of ECO activities, and said, "Tehran attaches special importance to regional cooperation in the framework of the Economic Cooperation Organization and supports such activities."

In relevant remarks last month, Iranian Foreign Minister Hossein Amir Abdollahian announced his country’s continued support for the ECO and willingness to further expand ties and cooperation with its members.

Amir Abdollahian made the remarks in a meeting with Noziri in Tehran.

He further said that Iran would continue to support the ECO and its chief and expressed hope that ECO member states would make important decisions that would strengthen regional cooperation during the upcoming summit of the organization.