Iranian FM Urges IAEA Not to Succumb to Outside Pressures 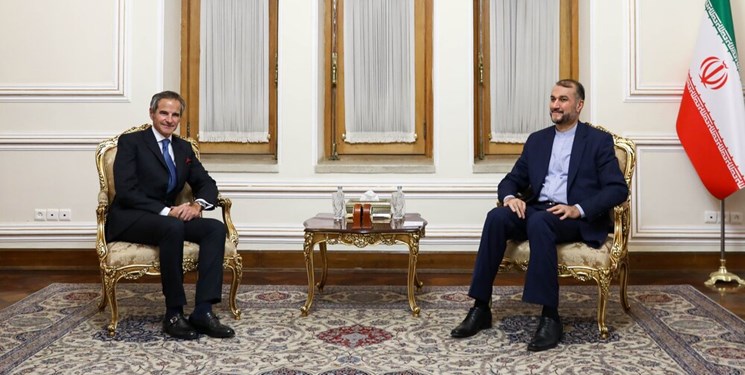 TEHRAN (FNA)- Iranian Foreign Minister Hossein Amir Abdollahian in a meeting with Director-General of the International Atomic Energy Agency Rafael Grossi called on the UN nuclear watchdog not to surrender to attempts by certain countries to influence and pressure the IAEA.

“A few months ago during my visit to Iran, we agreed with Mr. Eslami that we would continue our joint work on transparency a few months later, as well as continuation and deepening of talks with the new government in Iran and I am proud to meet the Iranian foreign minister a few hours later,” Grossi said in a joint press conference with Head of the Atomic Energy Organization of Iran (AEOI) Mohammad Eslami in Tehran.