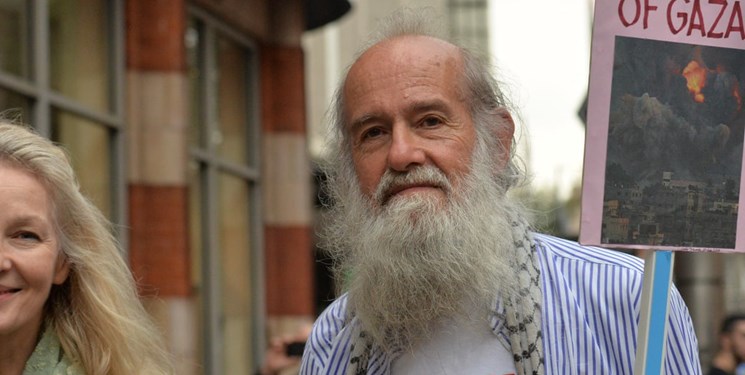 TEHRAN (FNA)- James Thring, author and political activist, says the British Broadcasting Corporation has a long history of misrepresentation of the events, inciting the killing of thousands and destroying ancient cultured nations.

Speaking in an interview with FNA, Dr. Thring said, “The BBC did over-look the OPCW’s misrepresentation of the Report on the Douma hoax in order to foment its long-established agenda to denigrate President Assad’s government, to underlie false claims of crimes against his people... As against Saddam’s Iraq, the BBC promulgates lies about WMD and in this case, chemical weapons, to condemn the ‘regime’ and enhance the ‘fear factor’, thus ramping up the call for military action by the US and allies.”

James Thring, PhD, is a British author and political activist. He is the founder of the Ministry of Peace, a London based NGO promoting peace activities throughout the world.

Q: What intention do you think the BBC had to include “serious flaws” about the alleged use of chemical weapons in its documentary on Syria?

A: The BBC has been guilty of campaigning to oust President Assad since 2013. This is driven, I suspect, by Israel's “New Strategy for Securing the Realm” which is to weaken Muslim States trying to save Palestinians from persecution and gradual Genocide. Israeli strategy is to incite civil war and call in big brother (US et al.) to destroy the National Armed Forces. The BBC report on Douma heightened US/UK threats to ‘counter-attack’.

But thanks to brave on-site observer Vanessa Beeley, we know the ‘White Helmets’ faked the attack, blaming the Syrian Army.

I petitioned the Queen as UK Head of State, not to sign Orders-in-Council to attack countries that had not attacked or threatened the UK. A few days later [formed Prime Minister] Cameron withdrew from the 'alliance'. The fake White Helmets are actually funded by British taxpayers. As the UK has no 'interests' in stirring up dissolution in Syria the BBC is not ‘acting in the public interest’ but must be supporting another polity. Given that the British Government is infected with dual-nationality agents (about three-quarters of MP's in three main UK Parties are 'Friends of Israel') and that the BBC effectively tows government lines, that polity is likely to be Israel’s lobbyists.

Q: Some journalists regard it as ‘victory for truth’, after the BBC concedes its “serious flaws” in its documentary on the Douma attack. As a peace activist, how do you view the BBC’s ethics?

A: It is a small victory for truth - and welcome - as unusual that the BBC conceded ‘flaws’ in its documentary. However, this apology did not get wide coverage. Moreover, such major ‘flaws’ (reversing the truth) must have been built-in deceptions, not just errors. This saga exposes BBC vilification against Syria’s government. The BBC fails to observe the ethical standards set in its Charter requiring ‘impartiality’ and ‘accuracy’ in reporting. This breach is a disgrace to the UK as represented by the organization. It should be condemned by the Parliamentary Committee overseeing Standards in Public Life which should demand reform and sacking of the producer or face penalties. This could amount to withdrawal of its license, taking account of many other transgressions of the Charter. The BBC may stand accused of inciting War Crimes and should be investigated by the International Criminal Court.

Q: Do you believe the BBC would report the OPCW’s doctoring of a vital report to justify the military action by the US, Britain and France against Syria?

A: The BBC did over-look the OPCW’s misrepresentation of the Report on the Douma hoax in order to foment its long-established agenda to denigrate President Assad’s government, to underlie false claims of crimes against his people and thereby to fulfill Israel’s strategy. This aim is reinforced by Israeli war planes bombing Syria’s defenses, not reported by the BBC to my knowledge. As against Saddam’s Iraq, the BBC promulgates lies about WMD and in this case, chemical weapons, to condemn the ‘regime’ and enhance the ‘fear factor’, thus ramping up the call for military action by the US and allies. This side of the plot is never knowingly aired by the BBC, compounding its biased reporting. It is a disgrace that a major critic of fake news is itself guilty of fake news inciting the killing of thousands of people and destroying an ancient cultured nation. And doing this in aid of an alien strategy by invading settlers to steal more land for themselves and eliminate opposition, makes the BBC an accomplice in Genocide.